The Calliope House is one of the must-see stops for everyone wishing to learn details about the history of the city of Ruse located on the Danube River, dubbed the Little Vienna. The emblematic Calliope House, which was built back in 1864, houses the Museum of Urban Life. The Prussian Consulate in Ruse was housed in it until the Liberation in 1878. Today, a unique collection of furniture, household items and appliances dating back to the end of the 19th and he beginning of the 20th century is displayed at the museum.

Visitors can see how the wealthy residents of Ruse lived in the Post-liberation period. The upper floor of the Calliope House is covered by wonderful frescoes painted by Austrian artist Karl de Schauersberg. It shows an exemplary interior of a wealthy town home in Ruse from the early 20th century, with a musical lounge, guest room, ladies room and bedroom.

The Calliope House was built when Midhat Pasha became governor of the vilayet. The legend has it that he was strongly impressed by a lady who was referred to as Calliope, as she was beautiful like the muse in the Greek mythology. As a testimony of his love, the Turkish governor gave her the house. You can learn more details about the Calliope House in Ruse in Radio Bulgaria’s article:  The House of Calliope in Rousse fascinates tourists. 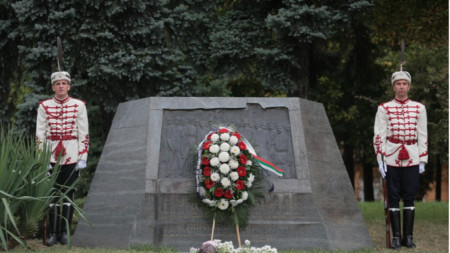