Zhechka Slaninkova: I can't imagine my life without the folk songs

Zhechka Slaninkova is a colossus of the Stranja folk singing tradition. She is one of the many talented singers of this folklore area who have established and popularized the true Stranja style and have given life to the ancient authentic folklore, along with Magda Pushkarova, Komnya Stoyanova, Yanka Rupkina, Zhivka Papancheva, Radostina Yovkova and others.

She was born in the village of Indzhe voivoda, Burgas region.

The first stage appearances of the 13-year-old Zhechka were at local and national festivals, including "Strandja sings" in the Strandja Bosna area and the National Bulgarian Folk Art Festival in Koprivshtitsa in 1976, at which she always won gold medals. Her love for singing led her to the National School of Folk Arts "Filip Kutev" in the town of Kotel.

Later she became a teacher at the music school in Shiroka Luka. Zhechka Slaninkova perfected her vocal skills and owes much of her singing career to the experience she gained over the years in the Ensemble for Folk Songs and Dances "Strandja" - Burgas, as a soloist and singer in its choir.

She is also happy with her partnership with prominent musicians - Teodosii Spassov, Nedyalko Nedyalkov, Peyo Peev and others. She has released ten albums.

Among her most exciting experiences have always been her concerts in Burgas, where the audience greets her with deafening applause, especially after she performs slow songs with her captivating voice, woven into the exquisite Stranja ornament.

Zhechka Slaninkova has been on stage for four decades, and recently celebrated her sixtieth anniversary - a festive occasion for some of her most cherished memories as Strandja singer, which she shares especially for Radio Bulgaria:

"Like I said, I've been singing since a very young age. Folk singing is a gift from God so that I can make happy the people who appreciate good folk songs. My father sang very well. They say that my grandmother Burza was the songstress of the village of Indzhe voivoda.

I have a nice memory of a gathering in the Bosna area where there were two stages - one at the upper end, the other at the lower end. The audience could hear where Zhechka Slaninkova was going to sing, so they moved in time to hear me.

I graduated from the music school in Kotel, then I married my husband Rumen Mutafchiev, a teacher of kaval. We went to Shiroka Luka, where we taught. The students and people there loved me very much. There was a family who called me The Nightingale. Then in Burgas they opened a class for studying folk instruments and singing at the Dobri Chintulov school, where I taught for 7-8 years. Now one of my students is a teacher in this school. And that makes me very happy."

The folk singer recalls with pleasure the celebration of her 55th anniversary and 35 years on stage. Then Burgas Municipality supported the celebration concert in the summer theatre in the city. Young performers from different folklore areas also took part in the concert Despite the troubled times we live in, Zhechka Slaninkova is again planning a similar concert.

Is she happy with her lot as a folk singer? Here is her answer:

"How can I not be happy! As much as I love my family, my children, I love folk songs. I can't imagine life without them. I wish everybody good health, peace of mind, to be better, to listen to good folk music. Because it is a healing balm for the heart and soul." 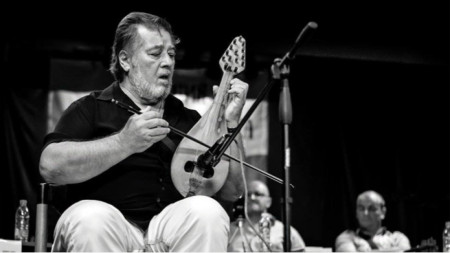 Cherry-picking season in Kyustendil is almost over, it is time for cherry filo pastry pie

Fresh cherries can be picked in May and by early July the cherry-picking campaign is almost over. The fruit is rich in vitamins and other nutrients that boost the immune system. Cherries help inhibit oxidative stress and decrease inflammation by..