The first “locket” festival is to take place in the village of Petrich, not far from Sofia, on 7 May at 11 AM. It is connected with the celebrations of the 146th anniversary of the outbreak of the April uprising in Petrich village, and the visit by the English aristocrat Lady Emily Ann Strangford to the village in 1877. There, she equipped hospitals and supported the national liberation struggles of Bulgarians.

To commemorate these events a reenactment of the events during the April uprising will be staged, there will be a firework display and many other initiatives. Actors, groups as well as solo performers from the region and the country, but also from Serbia’s western outlands, and Bessarabian Bulgarians are also expected to take part. One of the village’s most prized possessions is a unique locket that once belonged to Lady Emily Ann Strangford, a gift from Bulgaria’s prominent author Ivan Vazov, who even dedicated a poem to her in 1876. Now, the locket is part of the village museum exposition, and it is because of this locket that Petrich decided to organize a locket festival, with a focus on Bulgarian arts and crafts, and folklore.

Artists and artisans will create hand-made jewelry in their art workshops and studios in a designated art zone in the centre of Petrich. Popular performers of authentic folk music as well as modern folklore arrangements will keep up the festive spirit. 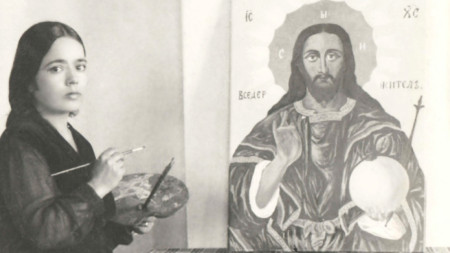 Maria Malcheva and the cornucopia of painted Easter eggs from Velingrad

The Museum of History in Velingrad owns the biggest collections and exposition of dyed eggs in Bulgaria. The credit for this goes most of all to Maria Malcheva, who helped seek out and preserve models from 70 and more years ago...