Bulgaria will perform in the first semi-final of Eurovision

Today is the first semi-final of the Eurovision Song Contest, which this year takes place in Turin, Italy. As we have already informed you, the Bulgarian representative for the 2022 edition is the band Intelligent Music Project. The second semi-final is on 12 May and the final is on 14 May.

Bulgaria is second in the ranking of the most successful Eurovision Song Contest countries for the last 6 years in terms of the total number of points received in the final. Only Italy, which won the contest in 2021, is ahead of the country in the rankings, while 38 other countries are behind Bulgaria, including those with big music industries such as Sweden, the UK, Germany, Spain and France.

The ranking takes into account the points from the 2016 finals with Bulgarian participation. The impressive result is due to Christian Kostov (2ndplace of in 2017 in Kiev), Polly Genova (4th place in 2016 in Stockholm), Victoria who finished 11th in Rotterdam in 2021 and EQUINOX who were 14th in Lisbon in 2018.

Intelligent Music Project was created by Dr. Milen Vrabevski in 2012, who is the producer and author of all the music and lyrics of the band.

Despite being a medical doctor by profession, Milen Vrabevski has amazing musical ideas and a talent for making music and bringing the right people together.

Intelligent Music Project began as a studio band featuring keyboardist Ivo Stefanov as sound editor and music co-producer, along with many international rock stars such as John Lawton, Joseph Williams and Simon Phillips of TOTO, John Payne of Eisha, Carl Sеntance of Nazareth, Bobby Rondinelli of Black Sabbath and Rainbow, Todd Sucherman of Styx and many other musicians. Milen Vrabevski has already 6 albums with the band. And the line-up that is currently working is together since 2018.

In an interview for BNR, the young singer Slavin Slavchev tells Jeni Moneva:

"For me the message of the song Intention is timeless, it's about things that have moved people through the ages. The lyrics talk about the war one sometimes has to wage with oneself to allow oneself to progress. Sometimes the boundaries we set for ourselves shut us down. I would say this is an anthem for the person who wants to move forward and evolve."

"As musicians we have a responsibility nowadays, given the pandemic we're coming out of, now with this war between Russia and Ukraine. We need to give people a positive message, give hope. We have to take the responsibility to make people happier and briefly get them out of this reality. This suits Eurovision very well - bringing people together and making us feel part of a community. That's why Intelligent Music Projects' suggestion to participate in Eurovision was perfect. We're a real rock band, we've been playing together for years, so we have a chance, despite the competition and the position, to go on stage right after the band from Ukraine." 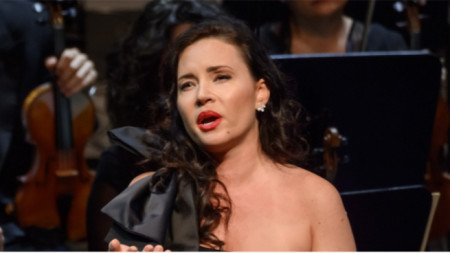