The measure of accommodation at hotels, in place until 31 May, will not be extended. This was announced at a briefing by the government operational coordination group.

“Around 6 million people have left Ukraine because of the war. As of 12 May, 252,826 have entered Bulgaria, 41% of them have remained in the country. 102,522 have registered for temporary protection status, or almost 100% of all refugees who have remained in the country,” said Mariana Tosheva, head of the State Agency for Refugees and of the operational coordination group, and added that Bulgaria is top of the list of EU countries with the highest number of refugees who have registered for temporary protection.

A digital platform will be made operational by the end of the week for collecting data regarding the number of Ukrainians who intend to remain in the country, as some of them want to leave Bulgaria after 31 May. Many of the refugees say they want to go and live at addresses outside the municipal and state-run facilities, i.e. to pay rent. Almost 70% of the refugees from Ukraine are inclined to work in this country, around 10% are ready to work if their children admitted to kindergartens, Maria Tosheva said.

Where the Ukrainian citizens, now accommodated at hotels will be moved to, will be made clear by the end of next week, the government coordination group declared.

The number of Bulgarian children not immunized against measles doubled in the first year of the Covid-19 pandemic. In 2020, more than 6,500 babies were not immunized, compared to 3,000 in 2019. Nearly 10,000 twelve year-old children did not receive a.. 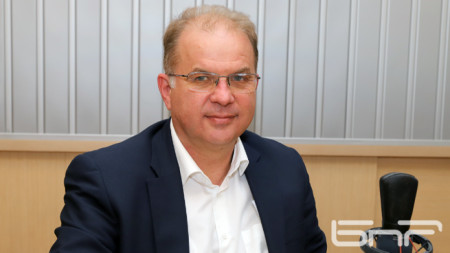 GERB MP: We should reinstate the paper ballot in order to restore confidence

"On the very night of the elections, We Continue the Change said unequivocally that we would head for another snap vote, because they were not pleased with the election result", Radomir Cholakov, MP from GERB-SDS and Chairman of the National Assembly..

Residents of the town of Omurtag, located in northeastern Bulgaria, are planning to block traffic on the Sofia-Varna road on Sunday noon to protest against the severe water regime, reports the BNR-Shumen. Protesters blocked traffic on Saturday as..

At a meeting in Brussels, Energy Minister Rosen Hristov and his French counterpart Agnès Pannier-Runacher discussed possible cooperation in the field of..