This important church event somehow went unnoticed by the majority of Bulgarians, most of whom hardly remember that the Ohrid Bulgarian Archbishopric was established in 1018 as the successor to the Bulgarian Preslav Patriarchate by Emperor Basil II, also known as the Bulgar Slayer.

According to historical sources, after conquering Bulgaria, Basil II lowered the status of the patriarchate to the rank of archbishopric based in Ohrid, but still retained its independence and gave its head the title "Archbishop of Ohrid and All Bulgaria." After its existence for 749 years, it was destroyed by a sultan's decree in 1767, and its diocese was appropriated by the Patriarchate of Constantinople.

Two and a half centuries later, the Ohrid Archbishopric has been now restored, but for what purpose and what is at stake?

"Naturally, in order to have canonical continuity, the Macedonians insist that they are the heirs to the Ohrid Archbishopric, which is normal, since the centre of this archbishopric is in Macedonia," Bulgarian journalist Goran Blagoev told bTV. “However, this archbishopric would not be possible without the church of the First Bulgarian Kingdom. All the documents of Basil II, the Bulgar Slayer, explicitly state: "We found the head of this church in Ohrid." “This is our spiritual heritage because the Bulgarian Orthodox Church is the first successor of the Bulgarian Ohrid Archbishopric. This is part of the war against Orthodoxy, and through the Ecumenical Patriarch, this has already happened in Ukraine with the recognition of the schismatics by him. Now the blow is on our Church and again on Orthodoxy. I think there must be some reaction.”

"It is a public secret that the Ecumenical Patriarch plays by American rules, and the moment for this decision was hardly accidental”, says Prof. Matanov in an interview with BNR’s regional station in Plovdiv. "Although the religious theme does not interfere so directly, the Ecumenical Patriarch obviously wants to support the Ukrainian Church with this act, albeit indirectly."

"It is unacceptable for us to recognize the Macedonian Church as the Ohrid Archbishopric," Metropolitan Gavriil of the Lovech Diocese told the Bulgarian National Radio. According to him, "if the Ohrid Archbishopric of the Macedonian Church is given the name, it will be very bad for us. That would deprive us of much of our church history and our legal status."

"The decision of the Ecumenical Patriarchate must be translated very accurately so that we know what has been said, but it is clear that the Ecumenical Patriarch is restoring Eucharistic communion with the Ohrid Archbishop and the people, i.e. he recognizes the canonical status of the Macedonian Orthodox Church. Its name has not been determined anywhere in the decision, but it is mentioned as the Ohrid Church. It remains to be seen how the Serbian Church will react, because it is entrusted with settling the administrative issues. We must see what it will decide," Metropolitan Gavriil said.

"In my opinion, this decision creates more problems," said journalist Goran Blagoev, according to whom the Bulgarian Orthodox Church missed the opportunity to recognize the Macedonian Church as a subsidiary in 2017 and will now be forced to accept its independence. “What does it mean that it recognizes a church with the name of the territory of the state in which there is no word of belonging to the country itself. There is a principle of locality, that is, of a given place, a given state and a territory.”

What will be the reaction of the Serbian Orthodox Church, which also established the Ohrid Archbishopric - we can only guess. As for the Bulgarian Orthodox Church, there can be no official position until His Holiness Patriarch Neophyte restores his health. 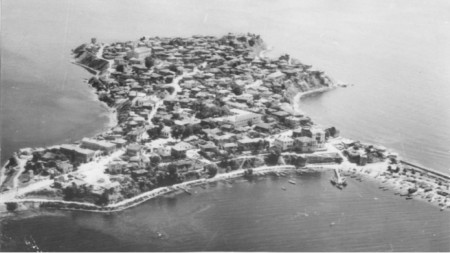 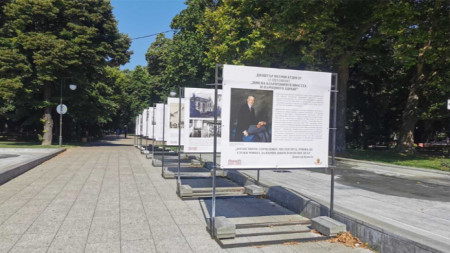 Bulgaria will be a regional centre for the preservation of the cultural heritage in Southeastern Europe , Bulgaria's National Institute for Immovable..