Good things in life often come unexpectedly. Little did Nina know in 1995 that she was about to meet her future husband, when in August she set off from her hometown Shostka in Ukraine to visit its twin town in Bulgaria – Oryahovo.

"We, the Ukrainians, were invited to a concert during the days of the Oryahovo Fair, which is held every year in August. I met my husband there. Then I invited him to come and visit me in Shostka for the holiday of our town - September 3," recalls Nina Dimitrova with a smile.

Not long after that, the two of them got married. They had two weddings - one in Ukraine, and then a "small" Bulgarian wedding with 250 people, all relatives, in the village of Selanovtsi, Oryahovo municipality, where Nina lives to this day.

"Back then in 1995 I did not care whether I lived in Selanovtsi or in the capital Sofia, and now I am even glad that I have come to this village - the largest in Bulgaria, which is one of a kind.

The only monument to the hoe in Bulgaria was erected in Selyanovtsi. But this is not what makes it a unique village. It is the nice, hard working people who live here, the vast yards of the houses, the way the village is immersed in green vegetation, and the goodness of the locals who accepted me as their own," says Nina.

She quickly got used to living in Bulgaria. Here's what she liked most about the country and which things she found hard to accept:

"I was struck by the Bulgarian horo chain dance, the folk music, costumes and customs. I fell in love with these right away, maybe because I really wanted to learn the language and the traditions. What I didn't like was that parents raise their children from birth until they are retired. I would like them to be more independent, more responsible," she responds frankly.

The horo chain dance of Bulgaria easily became Ninia’s second great love. She never stopped learning the steps - from the elders in the village during the village festivals, from television and now from the internet, and now she passes on her experience.

She is a leader of the children's dance troupes "Hlapeta" ("Kiddies") and "Iskritsa" ("Sparkle") and the adult troupe "Severnyatsi" at the local community centre "Samoоbrazovanie 1894" ("Self-education 1894"), around which the rich cultural life of the village is centred.

"During the rehearsals, I necessarily get the children to meet the authentic Selanovtsi elderly people, because in my opinion, every inhabitant of Selanovtsi should know them," she states. Nina adds that the repertoire of the dance ensembles includes horos from different regions of Bulgaria, but also local Roma horos, which she specifically learned from a friend, because, as she says, "we cannot live together and be divided".

Nina passes on her interest in Bulgarian traditions and creativity and her love of nature to the children of the Selanovtsi school where she works as a teacher.

And what had the children taught Nina Dimitrova?

"They taught me patience. I have learned to be an attentive, smiling and supportive teacher because children need support more than anyone, especially first-graders. They are entering this whole new territory that they know nothing of. Some of them are scared, some of them are worried, but all of them are excited. I have to be extra patient so I can support and reassure them."

Today, 27 years after her arrival in Selanovtsi, Nina Dimitrova strongly recommends to anyone who decides to move to Bulgaria to choose not the capital city of Sofia, or the bigger cities like Varna or Plovdiv, but the small towns or villages, even more so nowadays, after the pandemic has proven to us the advantages of remote work. 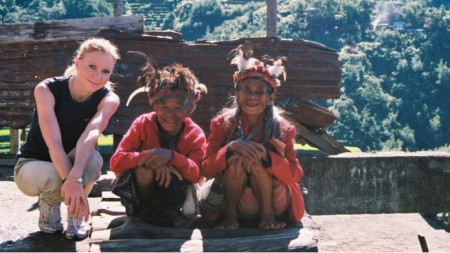 Her life is like a movie… or like some kind of Bulgarian version of Eat Pray Love. And the moral is – believe in yourself and embrace freedom because fortune favours the bold. “Maybe what I have learnt all of these years is that you have to..

Bulgarian students have had numerous successes in world Olympiads in mathematics, informatics, linguistics, etc. Recently, Bulgaria earned a gold medal at the European Statistics Competition. The competition for high school students is organized by the.. 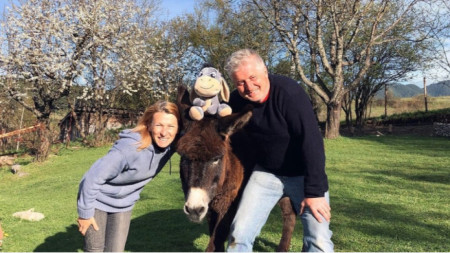