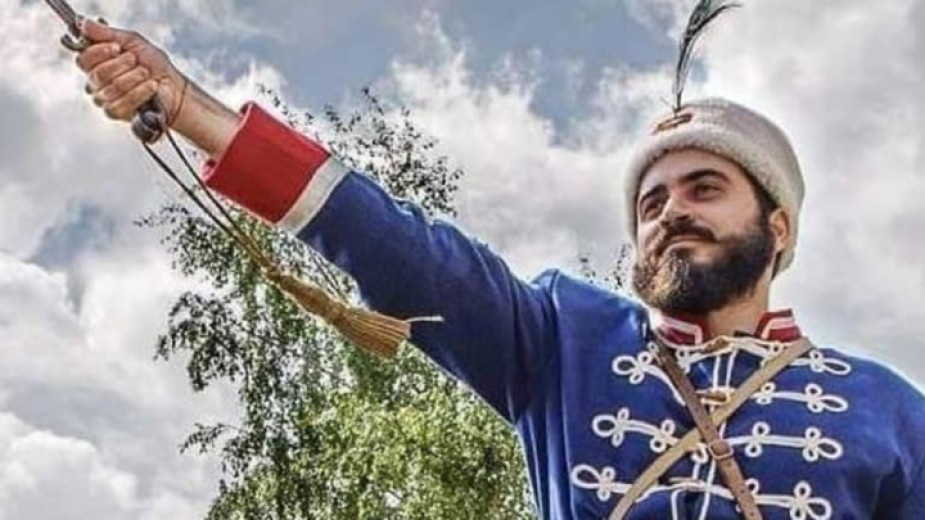 June 2 is the day on which we Bulgarians pay tribute to the heroes who died for the freedom of our country. Like every year, today at 12 o'clock sharp the sound of sirens announces the moment when the whole country pauses in a minute of silence in memory of the fallen heroes. Every year we lay flowers and wreaths at the monuments of our legendary revolutionaries Hristo Botev and Vasil Levski, who gave their lives for the liberation of Bulgaria.

But on this very day we should look more closely at our history. It was on June 2 that the poet and revolutionary Hristo Botev died in battle with the occupator’s army in the Vratsa Balkan.

He was shot dead by an enemy bullet to remain forever in his gravesite. In keeping with tradition, on June 2, a large number of Bulgarian patriots will climb Okolchitsa peak to lay wreaths and flowers at the hero's monument, once again patriotic words will be said and dramatic scenes from history will be recalled. However, we in free and independent Bulgaria are still far from the poet's ideals, who placed truth above all.

The pursuit of the coveted truth of Botev's is even more important for us today - the authors of a documentary series "The Unforgettable Bulgaria" are convinced. Their project also focuses on a rather neglected topic, namely the death of the hero. Documentary filmmaker Iskren Krasimirov is the author of the series. On the occasion of June 2 he presents his first book entitled "To Kill Botev. Mysteries, memories, lies".

In his book, which is now out on sale, the author makes a nearly criminal investigation, based on documents and testimonies from contemporaries. Although the subject is very sensitive for Bulgarians, he addresses it because he believes that now, 146 years after the revolutionary's death, we owe him the truth.

"Therefore, as unpleasant as the facts are, we have to admit them - it turns out that Botev was killed by his own comrades, and these people have names, it is not the whole nation that is to blame for such a betrayal," Iskren Krasimirov says:

"In the book I present new sensational documents, recollections of the murder of Hristo Botev, and I think there is room for new revelations about the life and death of the poet, because back in 1926 Prof. Boyan Penev wrote in the magazine "Zlatorog" - "are we so far from the truth today, about who killed Botev and only 50 years after his feat". And whoever reads the book will understand who exactly are those responsible for Botev's death.

It is essential to know the truth even after so many years, for it will open our eyes and help us build the Bulgaria that both Botev and Levski dreamt of.

Not all historians avoid this painful topic. For example, prof. Plamen Mitev, who is also the author of the foreword to the book, is a supporter of the official position, but he admits that my research is timely and worthwhile.

Few people know that there were three official commissions set up to investigate Botev's death, and all three claimed that he died by an enemy bullet in unexplained circumstances. But there are many inconsistencies surrounding his demise that arouse suspicion.

There is now a strong public demand for the truth, and a new - fourth - official commission may soon be formed, with a wider range of participants. They will analyze the facts, because it is important to get an answer once and for all to the question - who killed Hristo Botev? I also hope that next year, when we celebrate the 150th anniversary of Vasil Levski's death by hanging, we will get the truth on the question - who betrayed the Apostle of Freedom (as Levski was dubbed – ed.)."

We must keep in mind the ideals of Levski and Botev every day, not just on a single day designated for this - says Iskren Krasimirov. Like many people on this weekday, June 2, he will not go to Botev's grave, but he can do much more than that:

"I sincerely hope that the mission I have committed myself to will bear fruit one day. I am often among children and teach them patriotism through Botev's and Levski's legacies. In fact, because of my physical resemblance to Botev, the kindergartens think that Botev has come alive and has come to them.

Apart from that, the modern slavery is on everyone's shoulders, it has no name but it makes us dependent and hinders our development. History may be repeating itself, as we were then under Ottoman rule, now we are under another kind of slavery.

So, in any case, Botev would not agree with our compliance and keeping silent. Let us not forget that both Levski and Botev had one dream - that in a free Bulgaria we all live as equals, honour and love one another as brothers and build our new Bulgaria together." 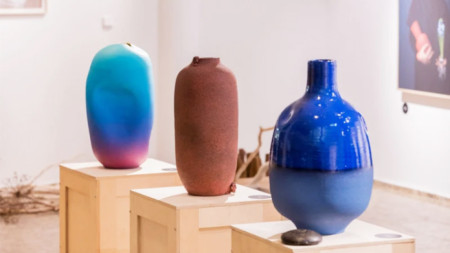 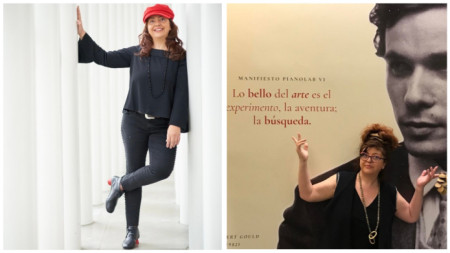 The porcelain and ceramics exhibition by renowned Czech designer Roman Šedina will remain as part of the cultural programme of the Czech cultural centre..