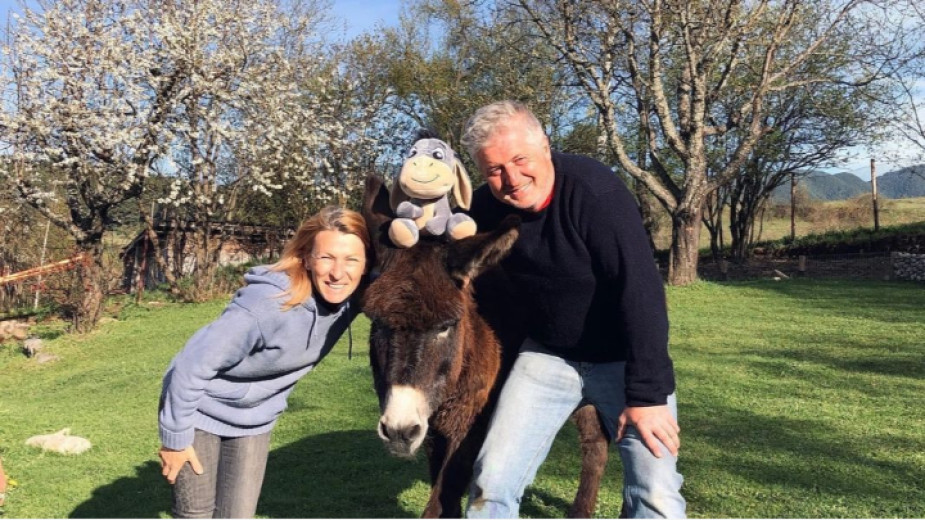 One man’s love of animals and pristine nature took him on a journey from Italy to a picturesque village in Mount Rila, turning it into pure paradise for young and old alike. The village is called Madzhare, and it is located in the foothills of the mountain, not far from the winter resort of Borovets. For several years now, anyone coming to the village is welcomed by… the braying of donkeys, because Madzhare is home to a big family of donkeys. The people looking after the animals are Michele Crescentini and his partner Oksana. He is Italian and she is Bessarabian Bulgarian. Together, they have made a dream come true. A few years ago, they started a donkey farm that now brings them happiness and lends meaning to their lives every single day.

“There is a great deal of interest, people are curious, because, usually, Italians in Bulgaria open restaurants. We opened a donkey farm,” Michele says. He comes from Pesaro in Italy. A few years back he came to Sofia on business, and then settled in Samokov. He met Oksana in 2018, and together they bought a house in the nearby village of Madzhare. He admits that, at the beginning, it wasn’t easy for him to get accustomed to his new life, he missed his family and friends in Pesaro.

“Bulgarians are like Italians from Southern Italy,” Michele said, in an interview with Radio Bulgaria and added:

“They are welcoming people, always ready to help, still we have different cultures and ways of thinking. That is sometimes a problem because they can be a bit evasive. They like to say: No problem, no problem! But sometimes there is a problem. And that sometimes creates obstructions. You very much resemble Neapolitans and Sicilians who are warm-hearted and friendly. They too like to take things easy. But when it comes down to doing some work that is when the trouble begins,” the Italian entrepreneur says. Michele is enthralled by Rila’s landscapes, and he dedicates his free time to a noble cause – looking after donkey foals whose owners want to get rid of them. For the purpose, he and his partner started seeking out donkeys from all over the country with the idea of developing donkey tourism based on the Italian model.

“Italy of 20 years ago is like Bulgaria now, in the sense that there too donkeys began to disappear as farming equipment spread, replacing donkeypower.  But what is known as slow tourism has been growing especially popular in Italy in recent years, and donkeys are a part of slow tourism, connected with nature, so now they are making a comeback,” Michele says.

The donkeys from Madzhare are part of educational initiatives with children from schools in Samokov and in Sofia. They come to the farm to communicate with the animals and take strolls with them along the beautiful trails of Mount Rila.

“Children are more predisposed to take such an adventure more naturally – the tent, the campfire, the contact with the animal, to feed and take care of the donkey, to commune with nature – it all makes up for incredible emotions,” Michele goes on to say. Both children and adults take part in different tours, lasting from one hour to 6-9 days.

This summer the farm expects a visit by an Italian group who will come to the village with the help of a partner tour operator from Italy. But Michele and Oksana are working on

other projects as well that may well turn Madzhare into a model village for the development of ecotourism. Once upon a time in the Bulgarian tradition, it was not accepted for women to play musical instruments, and even less so when it comes to wind instruments. But over time the taboos fall and nowadays there are not one or two talented Bulgarian.. 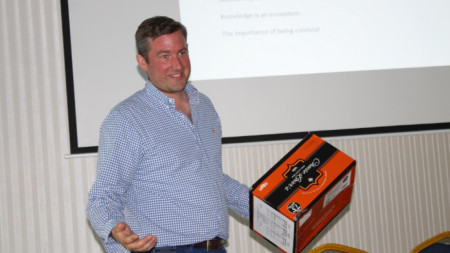 Mark Potts - an American in love with Bulgaria’s Shumen

"Bulgaria begins here" is how the lyrics of the anthem of the city of Shumen go. Today, we tell you about an American for whom the northeastern Bulgarian city was just the beginning of a full-blown love for Bulgaria that he has preserved for decades...

“Your success will not be determined by your gender or your ethnicity, but only on the scope of your dreams and your hard work to achieve them.“ This is the message Zaha Hadid(1950-2016), one of the most influential women architects, wrote..

Once upon a time in the Bulgarian tradition, it was not accepted for women to play musical instruments, and even less so when it comes to wind..