“We will come out stronger from the crisis, but we are now in the eye of the storm. The turbulence is extremely big”, Bulgaria’s Minister of Finance Assen Vassilev said during the economic forum “The Noise of Money” which took place on June 7. Several days ago, Minister Vsssilev announced that the forthcoming budget amendment is based on 10.9% inflation. However, the annual inflation will most likely be higher. Despite the crisis, the Bulgarian gross domestic product is expected to increase with 2.9% year on year. Consumption is expected to increase 3.3% on an annual basis and the state budget deficit will remain unchanged- to the tune of 4.1% of the GDP. At the end of last week, the expert coalition council approved the budget amendment in principle. The state budget is expected to be amended by July 1. The new anti-crisis measures are also included in the budget amendment. According to expert assessments, these measures will cost at least EUR 300 million, excluding the social payments. The government is also planning to raise excise duties on tobacco, wine and beer. The higher excise duties will come into effect on July 1.

The authorities are planning to borrow a loan to the tune of EUR 352 to ensure energy security and independence. EUR 150 million will be spent on alternative supplies of natural gas and EUR 382 will be spent on the expansion of the gas storage facility in Chiren.

The problem is that the amended state budget is in the form of anti-crisis measures. We are not witnessing consistent reforms in important sectors, experts from the Bulgarian Industrial Capital Association contend. “The business compensation programme (due to rising electricity prices) is valid for May and June only. However, the budget amendment does not contain a mechanism aimed at continuing this programme”, BICA President Vasil Velev noted:

“Meanwhile, Bulgaria will spend nearly EUR 1 billion on anti-crisis measures, which are unfocused. The measures are aimed at helping everyone, instead of helping the most deprived persons. The state has earmarked EUR 500 million for all consumers of central heating. EUR 2 billion will be spent on subsidies for electricity and again all consumers will benefit from this measure. We have negotiated with the government that as of July 1, there will be a medium-term business compensation programme to offset the rising electricity prices, but none of this was included in the measures proposed by the government.”

Experts from the Confederation of Independent Trade Unions in Bulgaria expressed concerns that the high inflation will lead to another amendment of the state budget later this autumn. According to CITUB, the state authorities have not adopted a policy aimed at raising incomes of employees. In their view, the state must spend more money during a crisis. Unlike most EU countries, redistribution in Bulgaria is much lower as a share of GDP. The state plays less significant role in economy as compared to the EU average, experts contend. “The pizza has long ago become a tasteless pizza dough”, Lyuboslav Kostov from the Confederation of Independent Trade Unions in Bulgaria wrote in his analysis. The Ministry of Energy will propose giving a loan of 400 million euros to the state-owned company "Bulgargaz", caretaker minister Rosen Hristov has told BNT. The goal is for "Bulgargaz" to enter the public financing market in order to.. 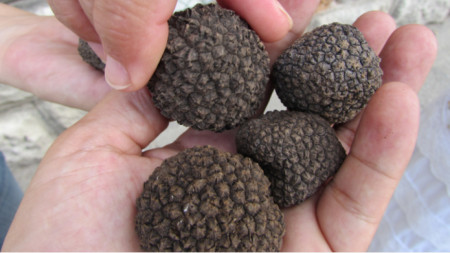 Truffles – treasure not well-known but often found in Bulgaria

Hardly anyone doubts that among the diverse and rich nature of Bulgaria one can find these aromatic mushrooms that are worth a fortune on world markets. Truffles have long been known in Europe as a sophisticated and special addition to dishes with.. The first payments under the recovery and resilience plan are expected in the autumn, caretaker Minister for EU Funds Atanas Pekanov said in an interview with Nova TV. The sum will amount to EUR 1.3 billion and Bulgaria will request it by the end of.. The Ministry of Energy will propose giving a loan of 400 million euros to the state-owned company "Bulgargaz", caretaker minister Rosen..