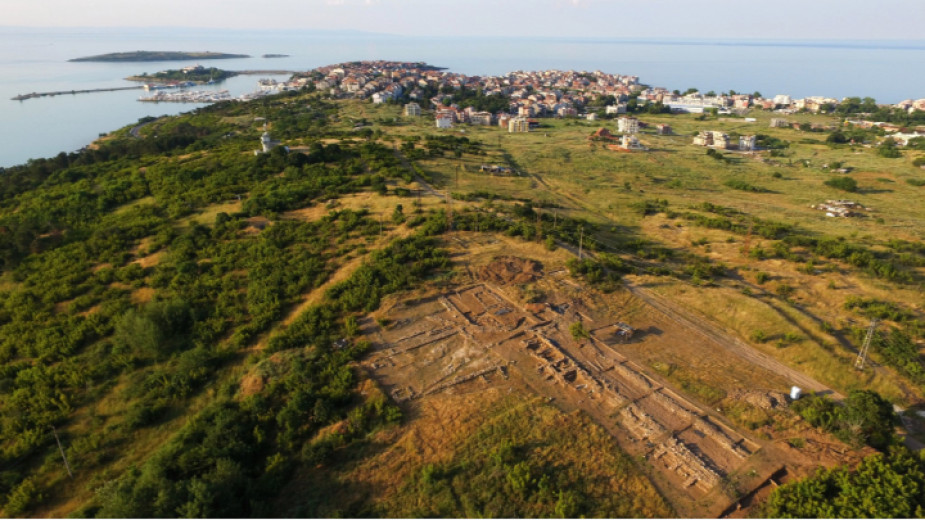 Far back in the past, the Mesarite area near the present-day town of Sozopol was an outlying territory of the ancient Greek colony of Apollonia of Pontius. Traces of buildings, burial facilities, ritual hearths and a well-formed road dating to the V-IV centuries BC have been found at this place. ‎

In recent years, a team of archaeologists, led by Prof. Dr. Krastina Panayotova and Dr. Alexander Baralis, came across the remains of a total of 6 buildings, built of rubble stones and mud. Bricks were also used to build the  and Corinthian flat tiles and calypters were used to cover the buildings. ‎

According to Prof. Dr. Krastina Panayotova, however, the ancient road connecting the ancient city with its territory to the southwest, which is mainly occupied by out-of-town mansions and mining developments, is of particular interest. The curious thing in this case is that the road was covered with small pebbles and out-of-town mansions were built around it. "There are very few examples, even in Greece itself, of such a paved road, which is just one of our interesting discoveries," explains Prof. Dr. Krastina Panayotova.

The finds near today's Sozopol have existed for nearly two centuries. It is assumed that they were destroyed and abandoned in the last quarter of the IV century when the troops of Philip II of Macedonia passed through. Yet the place did not become deserted, but began to be used as a necropolis. 35 burials have been discovered so far. Archaeologists found 5 ceramic sarcophagi - the only ones found on the territory of Bulgaria from the 4th century BC, we learn from Prof. Dr. Krastina Panayotova. ‎

What other artifacts have been found in the Mesarite archaeological complex?

‎"There is a very interesting bronze ring with an image of a satyr, there are ‎very beautiful terracotta tiles - clay images of boys. In connection with the funeral rite, funeral wreaths of ceramics and bronze with gilding were placed, we also found coins. There are many finds, but they are not particularly distinguished from the gifts in other necropolises on Bulgarian lands. While the most important thing in this case is the very nature of this suburban life and especially the road, which is the most important economic link between the so-called Copper Hill and Apollonia. Because Apollonia was created precisely for the extraction of copper", Prof. Dr. Krastina Panayotova adds.

The opening ceremony of the new archaeological complex took place in the Mesarite area at the end of June. The idea is for tourists to gain a broader idea of ​​the past of today's Sozopol, which is one of the oldest inhabited cities not only in Bulgaria, but also in Europe. ‎

"I hope that the tourists will be able to immerse themselves in the daily life of the people who lived in these lands 25 centuries ago and will feel not only luxury, but the ordinary life of ordinary people, thanks to which Apollonia prospered as much as to be called Magna Apollonia," Prof. Dr. Krastina Panayotova says in conclusion.‎ For the third year in a row, Plovdiv celebrates the festival of wines from local grape varieties. It is dedicated to Bulgarian wine and named after one of the most valued and old Bulgarian varieties, Mavrud. The initiative aims to attract interest to.. 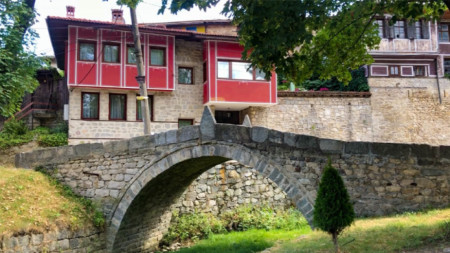 Koprivshtitsa for beginners, or how to spend a weekend in the past

The town of Koprivshtitsa is a real architectural jewel because of its well-preserved appearance from the 19 th century. Unlike other historical places in Bulgaria, you will not see any signs of neglect here. The streets are clean, and most of the.. Bulgarians indulge in trips abroad despite war and crisis

This summer, Bulgarians rushed to make up for missed opportunities for overseas trips and holidays after the two-year pandemic and sanitary restrictions. In an effort to get ahead of possible new anti-covid restrictions, they are booking trips to..