Art manager Atahas Maev: Art shapes proactive, thinking audiences which is the beginning of the change of any system As performing artists in Bulgaria are still trying to recover from the "stop-start" measures of the pandemic, the light at the end of the tunnel is more clearly visible internationally.

The organisation, which dates back to 2009, today brings together 48 NGOs and theatre venues from 28 countries supporting a cultural infrastructure for the development of contemporary dance in Europe. So far the Balkans did not have a representative in the network, Atanas Maev told Radio Bulgaria. In 2020, after a six-month period of checking the creative and developmental common grounds,EDN was joined by Lokomotiva from Macedonia, Areal from Romania, Stanitsa (Station) from Serbia and Derida Dance Center (DDC) from Bulgaria. DDC is the first the only contemporary dance centre with its own stage in this country.

And now the region has a representative on the network's governing body with a two-year mandate.

Atanas Maev has studied Economics in Bulgaria and in Germany and has been working as a cultural manager for twenty years now. In 2002 together with choreographer Jivko Jeliazkov he founded a private dance company in southern Spain, where they worked for several years. In 2010 they returned to their homeland and established Derida Dance Center - today one of the main venues and chief representative of independent performing arts in Bulgaria.

"Basically, we are now in the year of sustainability. Derida is a sustainable model that was built in a completely unsustainable environment. Bulgaria has always had a weak economy and our culture has been poorly supported at government level, which requires extreme adaptability - exactly what we have been able to show that we are doing. But next year is the year of equality, of inclusion.

The geographical imbalance in our sphere is quite evident. In Bulgaria, and in the Balkan region in general, we still have so much work to do in building bridges between different cultural formations and institutions at the local level."

The hardship of the period of restrictions and isolation affected above all the independent artists in Bulgaria. They were forced to stop working and their income was brought down to zero. According to Maev, it is now of utmost importance to preserve precisely this creative asset, which is in high-risk environment.

"Realising a project in the post-communist period in our country takes a lot of effort on the part of our colleagues. The EU Recovery and Sustainability Plan has a very important role to play here, which, if implemented correctly, should provide a life-saving financial support to private cultural organisations that do not benefit from state subsidies. It is important, on the other hand, to think about how to bridge our spectatorships, to remove the distinction between theatre, dance, music, etc. audiences. The public must have access to different kinds of aesthetics in order to cultivate their taste and receptivity, and hence their value as a factor in the appreciation of a cultural product" - explains Atanas Maev.

He embraces the idea of a colleague from the Netherlands, organizer of Today's Arts Festival, of "horizontal partnerships" and believes that hierarchy is not built in a vertical structure that always breaks down somewhere at the top. "We start from local conditions, situation, needs and opportunities. Then we must have communication with our international partners, invite them to Bulgaria so that we can show through them that the process in Bulgaria is going in a constructive direction. This is the only way to unite the Balkans, Eastern Europe, the Centre and the West. To look at the big picture and realize that we are one and this connectivity must go beyond the patterns created by political borders and boundaries. We, the artists, must be the first to build these bridges to unification.

Artists are the first to reach out and show the publicthat the problem lies in the policies of the day, not in the people who pay the price. These are the messages of art - they are for peace, for preserving the environment, against violence in all its forms." Mr. Maev believes that the free spirit of the artist does not yield to censorship. The artist puts before the audience the most important and essential questions that provoke public debate. In this way, in addition to its aesthetic function, art shapes proactive, thinking audiences, people who are equipped to make their political, cultural, social or personal choices tomorrow, which is the beginning of the change of any time and system, says Atanas Maev. 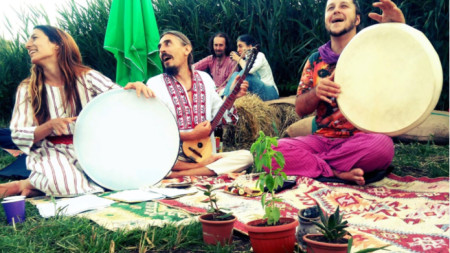 Soulfia is not an ordinary music group, but an open project of travel l ing musicians that anyone can join at any time . It was created 8 years ago by a handful of enthusiasts, but over time it has grown, attracting hundreds of like-minded people... 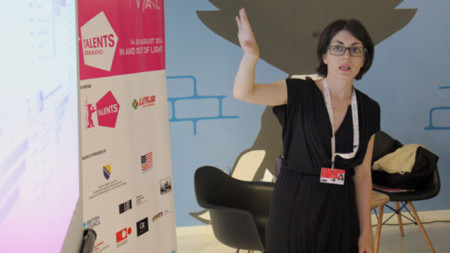 Writer and film critic Ioana Pavlova is one of the participants in the international festival of contemporary arts "City of Women" , the 28th edition of which kicks off today, October 6, in Ljubljana, Sofia's embassy to Slovenia reports...

The Georgi Bogdanov-Boris Missirkov tandem – emblematic names in Bulgarian contemporary art – are once again challenging the Bulgarian public. In their exhibition “The cars we drove into capitalism” they explore the phenomenon of..

Writer and film critic Ioana Pavlova is one of the participants in the international festival of contemporary arts "City of Women" , the 28th edition of..

Soulfia is not an ordinary music group, but an open project of travel l ing musicians that anyone can join at any time . It was created 8 years ago by..