The first half of this year has seen a remarkable 139% increase in foreign tourists to Sofia compared to the same period in the pandemic year 2021.

The largest number of visitors came from Germany, Romania, Israel, Italy, the USA, Greece and the United Kingdom, the Ministry of Tourism said. Most international tourists arrive on low cost flights to spend the weekend, others stay briefly in Sofia before continuing to the rest of the country. Their average length of stay in Sofia is 2-3 days, with an 86% increase in overnight stays since the beginning of the year.

Ivo Marinov, Director of the Municipal Enterprise for Tourism in Sofia Municipality, says that foreign visitors are impressed mostly by Sofia's historical centre with its archaeological finds from the Roman era, churches, museums and art galleries, as well as by the opportunity to get acquainted with the local cuisine and wines. They also come for the rich cultural program - concerts, opera, folklore performances, etc. Judging by the numerous polls of Radio Bulgaria, one of the things that appeal to the tourists is that the capital is immersed in greenery and has many beautiful parks.

However, most people are unaware that the city's green spaces are populated with an impressive array of birdlife - woodpeckers (Dryocopus), blackbirds (Turdus merula), robins (Erithacus), great tits (Parus major), and numerous other species. The Borisova Garden, as the largest forest park in the capital, even has nesting birds of prey, such as small hawks (Accipitriformes) and the forest long-eared owl (Asio otus).

Waterfowl such as the mallard (Anas platyrhynchos) are also found in parks with water areas such as South Park. And the symbol bird of the capital is the great tit (Parus major), according to a survey conducted among the citizens of Sofia some time ago.

"So we have developed a "Meet the Birds of Sofia" map, in which we present 5 parks with 3 routes with 36 information points, where more than 200 species can be observed. Sofia is the second European city in bird diversity! The routes are in yellow and blue, as well as the plumage of our symbol - the tit. There are also information boards about the different species and tips on how to take care of the birds" - explains Ivo Marinov. In addition to bird watching, visitors to the capital can also try some... wine tasting. Sofia may not be one of Bulgaria's winemaking regions, but definitely is the largest consumer of wine in the country which lead to the idea of creating a city map of wine routes. It includes 40 restaurants and bars, as well as 31 specialty shops in Sofia offering high quality Bulgarian wines. And fans of street art and graffiti culture, which started to develop in the country in the mid-1990s, will be attracted by the "STREET ART SOFIA" route:

"The map includes 20 graffiti locations, mainly in the downtown area, which are easily accessible by public transport. All three maps will be updated periodically. For example, in the street art map we will include in the near future high-value graffiti from the capital's Hadzhi Dimitar district and other parts of the city" - says Ivo Marinov.

The Wine Map of Sofia has already been published on the official tourist site of Sofia Municipality . The bird species and street art maps will also be uploaded by the end of July, promises Ivo Marinov. 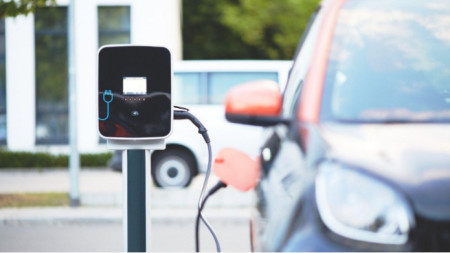 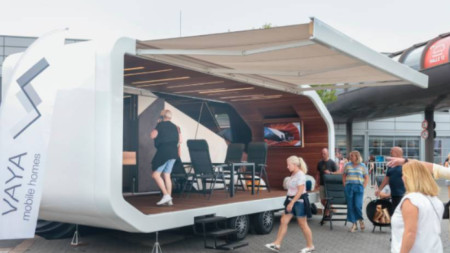