7
Chain dance by the village of Kubei

The culture of the Bessarabian Bulgarians is still alive, only today it is found not in the cities, but in the villages, where the rituals are performed in their authentic form and not in some theatrical version intended for tourists, says Alexander Polibza, a young man from Bolhrad, who devoted himself to collecting and researching the traditions of the Bessarabian Bulgarians.

"I wasn't even aware that there were any such traditions. I was living in a Bulgarian environment, but I hadn't come across any of the old traditions. We used to say that Bolhrad was the capital of the Bessarabian Bulgarians, but in the city this culture - the archaic, traditional culture - is absent. The traditions there have long disappeared. Only the older generation spoke Bulgarian. From my generation, for example on our street, no one could speak Bulgarian," Alexander Polibza told Radio Bulgaria.

At the university, he met other young Bessarabian Bulgarians and started travelling around the villages. In the countrysode he discovered a whole new world that enchanted him with its beauty. It has retained the flavour of the past and carries a strong bond of magic with his ancestral homeland - Bulgaria. On his journeys the young man began to collect information about Bessarabian Bulgarian traditions and rituals and in order to do so he even moved to live in the village of Kubey. He created the Facebook group „Бесарабія. Буджак“, "Bessarabia. Budzhak", the purpose of which is for the participants to exchange information about the traditions of Bessarabia. Among the villages that have best preserved the spirit of Bulgaria, Alexander singles out Chiyshii, Novi Trojani, Chushmeliy and Tvarditsa. The last village, he does not hide, is his soft spot:

"In Tvarditsa the villagers still keep their traditional costumes and don them when they go to church - for a holiday or on Sundays. They have a saying that someone is 'all dressed up as for church'. Of course, this applies to the generation of the 1940s and older. And they go about their daily lives, as they say, "in modern clothes." In the village they have a Bulgarian folk choir, and all the singers are dressed in authentic folk costumes. These costumes have winter, autumn and summer versions. The Bulgarian spirit is best preserved in this village".

Christmas and New Year traditions are well preserved, but among the most interesting is the rain ritual, Pipiruda ("Butterfly"), which is performed in all the villages in an almost identical manner. Even older people in Bolhrad still remember it, Alexander says. Girls walk in people's yards, using twigs to sprinkle water in imitation of raindrops, sing prayers for rain, and the ladies of the house give them treats.

The girls then perform the ritual "German" - making a male figure out of clay, which they bury in the field to bring rain. However, this ritual is very different in the village of Kulevcha, Alexander points out:

"In Kulevcha, I am told, a whole procession of, say, 20 girls passes down the street. They walk two by two one after another and sing, holding hands together, forming a sort of bridge. Across this bridge walks a young child who goes from the last couple to the first and back, holding on to the girls' shoulders. That is, the procession walks along the road, and the child walks on the hands of the girls. Young boys follow the procession, sprinkling water on all who come out into the street and collecting the treats that people give them. The ritual is qite spectacular, and it is unique for this village only. Of course, the old people could confuse this ritual with another ritual, called Yaninden. But they explained to me that the song the maidens sing is about butterflies."

In order to preserve the memory of the past for future generations, Alexander Polibza, together with his associates, filmed short videos vividly presenting the traditions. We suggest you enjoy one such film, uploaded to YouTube and filmed by Alexander together with Mikhail Balzik. It recreates the custom of "Butterfly" in the village of Kubei. December 4 is the church holiday of the Holy Great Martyr Barbara, celebrated ‎by both Orthodoxy and Catholicism . Barbara was a girl from a noble family, ‎beheaded for her Christian faith at the beginning of the 4th century. There is a ‎belief that.. 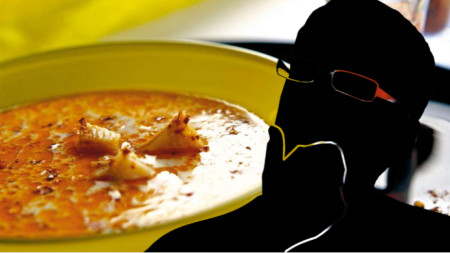 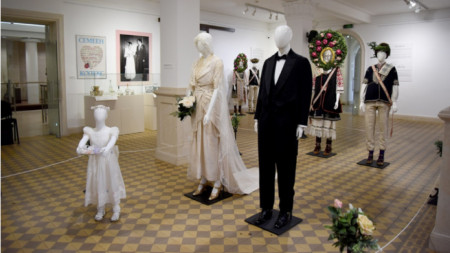