The information coming in from Bulgaria’s Black Sea coast this summer seems contradictory. The tourist industry can’t seem to agree what kind of season they are having. Some say it is a slow season, others are satisfied and say there is a significant increase in the number of tourists. But they all agree about one thing – the war in Ukraine, the uncertainty and the inflation have made any planning impossible, while the galloping prices make it impossible to say whether their businesses are running at a loss or at a profit.

According to a survey by the Bulgarian Association of Hotel Executives, BAHE, during the first six months of the year very few hotel operators in the country can say they have registered an increase in revenues that is higher than the rate of inflation. At the same time, 43% of them have had to raise the prices of the services they offer by 10 to 20%.

Veselin Nalbantov, deputy chair of BAHE and owner of a hotel in Sunny Beach says that people are stressed out by the chaos in price, and that puts a serious strain on his business.

“For example, the water and sewerage company in Burgas doubled the price of water. They say it is a 60% increase, but in practice, it is 100%, not to mention the uncertainty surrounding gas deliveries,” Veselin Nalbantov says and adds:

“I have tourists from the UK, Romania, Poland, Czechia, and a few from Germany. I used to work with Germans a lot, now there aren’t many of them coming. The tourists from Romania and Poland compensate for the fact there are no tourists coming from Russia. Some say we have Ukrainians but we don’t. They are fighting a war. War is the worst thing for our industry.” Staff shortages are a worrying trend which the pandemic only made worse. Yet, Nalbantov does not agree that the reason is the low pay:

“People are constantly saying we do not pay, but we are paying much more than we are making. I’ll give you a little estimate. In 1989 Sunny Beach was all green, and had only 38,000 hotel beds. Now, the resort has 500,000. These 500,000 beds need tens of thousands of staff to tend to them. So, where can we get so many people?” Veselin Nalbantov asks, and adds that he does not have a single employee, even unqualified, with a monthly salary below 1,000 Leva.He currently has people from Kirgizstan and Ukraine working at his hotel. Last year he hired staff from Senegal. “But they are just temporary workers and it is a lot of trouble – I pay for their air fare, and ultimately, it is more expensive to hire them than it is to hire Bulgarians,” he says. Even though the occupancy rate along the coastline is good this year, people from the industry are not sure whether they might not be at a loss by the season’s end. And the reasons are the war and the inflation, the staff shortage and the gas crisis, but also the unstable political situation in the country. At a time when the industry needs strong and efficient government support, the country once again has a caretaker government and faces elections for parliament, the outcome of which would be impossible to predict. What people from the industry say they expect after the elections is for a minister of tourism to be appointed who is not a political figure but who comes from the tourism sector and who knows well what the real problems in the industry are. 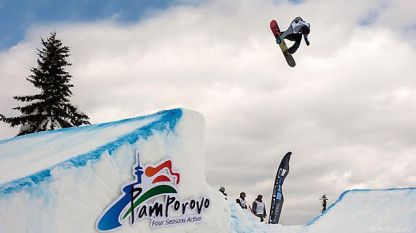