Shipka Peak is synonymous with Bulgaria and its freedom Bulgaria is celebrating 145 years of the Shipka Peak epopee - the heroic six-day epic battle in which the native defenders proved that freedom is not a gift, but was won with the blood and sacrifice of thousands of Bulgarians.

The Balkan peak of Saint Nicholas where the Freedom Monument was built, in the middle of August in 1877 the heaviest battles took place during the Russo-Turkish war of liberation for Bulgaria. Then the defense of the Shipka Pass literally hung in the balance, and it was to determine to a large extent the outcome of the entire war. Today, in this holy place, which every Bulgarian visits at least once in his life, there is a park-museum "Shipka-Buzludzha". It covers 26 monuments, including military weapons and dugouts of the defenders of the pass during the Russian-Turkish war of 1877-78. The Freedom Monument is the largest among all the sights.

Built with the voluntary donations of the entire Bulgarian people, the monument was opened on August 26, 1934. It is 31.5 m high, and 890 steps lead to it.

"There are about 90,000 visitors a year, and at the time this place also had many famous guests," Chavdar Angelov, director of the national Shipka museum, told BNR-Burgas. "Everything starts from here! The foundations of the Bulgarian army were laid on Shipka," says the director of the museum. "Here is the place to think that the Bulgarian people experienced many terrible moments in their historical

development and overcame them. This is how Bulgaria survived, thanks to the faith in God, the hard work of the people, the support of the family and the courage of the army," says historian Chavdar Angelov.

The celebrations will continue until August 23. 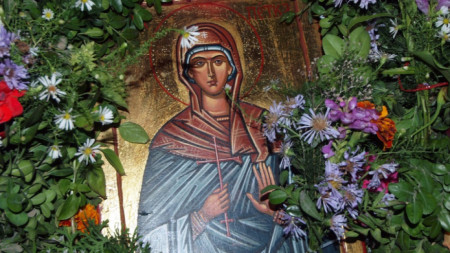