To return to where it all began. This is exactly what one of the most famous and internationally recognized Bulgarian authors, Georgi Gospodinov, will do with his latest novel "Time Shelter" (original title “Времеубежище”).

On September 7, the New York Public Library will open its new literary season with the premiere of the American edition of the novel Time Shelter and a discussion with the author. The moderator of the meeting is Prof. Valentina Izmirlieva, a longtime professor at Columbia University and a mediaevalist. In 2017, the Bulgarian writer won a fellowship - a one-year stay at the prestigious Kullman Centre of the New York Library, gathering researchers and writers from all over the world. The library itself and the activities carried out by the team rank it among the most important cultural institutions in the United States. It was there that Gospodinov began his work on Time Shelter, which was published in Bulgaria in 2020.

The following year, the book was translated into Italian, German, French, Polish and Danish, and this spring it was published in the US by Liveright, translated by Angela Rodel. In its review, the New York Times described the book as touching and intelligent, and highlighted Gospodinov's masterful ability to write cleverly, focusing our attention on the violence that the past exerts on our present. UK’s The Guardian chose the Bulgarian novel as the Book of the Day. At the same time, it became clear that Georgi Gospodinov is this year's chosen guest writer of the Harriman Institute at one of the most prestigious universities in the world - Columbia University, where he will give a seminar within a month.

The next opportunity for a personal meeting with the most translated Bulgarian writer that his admirers will have is on October 2 at the Brooklyn Literary Festival. This year, Georgi Gospodinov will take part in a discussion dedicated to memory and time - two of the most important topics in his work. 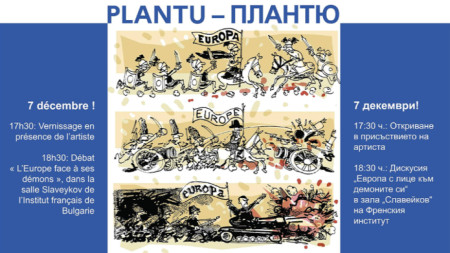 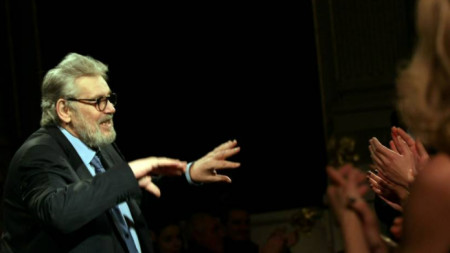 The world-famous French cartoonist Plantu has arrived in Bulgaria to open his exhibition in Sofia in the company of his Bulgarian colleagues Christo..