Enlighteners’ mission far away from the homeland

November 1 is a reason for joy and pride in the teaching profession for Ani Radeva, head of “Rodolyubie” School "The Kingdom of Morocco is a country that attracts people with its warm sun and beautiful nature, with the smiles and hospitality of the local population towards people from foreign countries." This is how Bulgarian Ani Radeva starts her story about the country where she has been living for 24 years. But she has turned her stay in the distant country into a mission and dedication to the cause of Bulgaria. As the head of the Bulgarian Sunday School "Rodolyubie" at the Bulgarian Embassy in Morocco, she works for the preservation of the native language, cultural identity and revival of traditions among the Bulgarian community there. "Our rich history and culture has preserved the memory of the names of many notable Bulgarians, whom we proudly define as enlighteners. Thanks to them, the Bulgarian nation still exists today. The belief in eternal values, in morals and virtues have preserved us over the centuries," Ani Radeva said in an interview with Radio Bulgaria. As a teacher in a Bulgarian Sunday school, she sent a message to all her colleagues who live with the mission of being awakeners these days. "Everyone can be an enlightener, as long as they contribute to the preservation and development of Bulgarian culture and history, the Bulgarian language and self-awareness, carry Bulgaria in their heart with pure love, knowledge and hope,” Ani Radeva says. “The  Bulgarian Sunday School "Rodolyubie" has great role for preserving the Bulgarian language and spirit among the community in the Kingdom of Morocco. The school is a unifying factor for all Bulgarians. It preserves the memory of everything Bulgarian - literature, history, customs and traditions. The support we receive from the Ministry of Education and Science and the cooperation of the Bulgarian Embassy in Morocco is important for the development of the school. Thanks to the funding from the Bulgarian Ministry of Education, we were able to purchase books and we have a school library in the city of Casablanca. Even the adults in the city come to the library to look for books in Bulgarian. In addition to textbooks, the school also bought Bulgarian folk costumes for the children. We also receive great support from the parents, who make big efforts to bring their children to school, as most of them live very far away. They spend time so that their children can attend our classes. They are driven only by the desire to learn the Bulgarian language and to know more about Bulgarian traditions.”

Ani Radeva says that every year when November 1 comes, she feels sincere empathy and a great desire to talk about the work of the enlighteners among the families of Bulgarians in the Kingdom of Morocco. According to her, desire and adoration for everything Bulgarian intensifies when a person lives outside the country. "This year the Rodolyubie school created a virtual museum dedicated to the Bulgarian Enlighteners and every parent had the task of telling their children about the guardians of the spirit and Bulgarian culture. The children were also assigned a task - to learn a poem about the enlighteners and to tell a story about some of the Bulgarian writers, revolutionaries or artists. We pay special attention to  the topic of revival and awakening and tell students about the work of the enlighteners. I am very pleased with the efforts, enthusiasm and diligence of the children in Morocco who learned poems and songs dedicated to the enlighteners by heart." 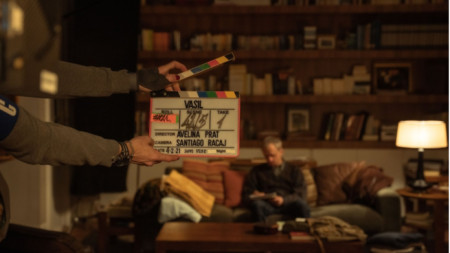