Chaenomeles, aronia or quince juice - why is it not easy to be an organic producer in Bulgaria

If you visit farmer's markets in Bulgaria, you will be impressed by the incredible variety of typical Bulgarian organic products. The spectrum is wide - from natural cosmetics and drinks, to organic foods and even medicinal preparations based on folk medicine recipes. ‎

However, being an organic producer in Bulgaria is a real challenge, we learn from Penka Tsocheva from the town of Troyan, central Bulgaria. In 2005, on her own land, she planted several acres of aronia, apples and plums, and began to grow quinces. Later, she decided to enrich this palette with a crop not typical for Bulgaria’s geographic latitudes - chaenomeles which grows wonderfully at an altitude of 1,000 meters in the harsh climate of the Troyan range of the Balkan Mountain. "Chaenomeles became a hit with the rise in respiratory diseases such as Covid-19, flu and pneumonia," says Penka. However, she has a hard time finding a market for the organic produce from her farm, so she has decided to close the production cycle: ‎

"Since 2012, I set about building a workshop, and until I legalized it and complied with all the requirements of the Food Agency, a year passed. In 2013, I purchased Austrian juice-making machines and we currently produce a wide variety of items. But the product is slowly being placed on the market, as our juices are more expensive than ordinary juices, which are full of preservatives and are often coloured water. In addition, the Bulgarians still do not have good enough awareness of their own heakth But demand is growing, especially after the pandemic," says Penka Tsocheva. ‎

After the serious peak in 2017, the share of organic production in Bulgaria has shrunk significantly from 7% to the current 1.5%, the Bulgarian Bioproducts Association warns. However, demand is high and imports from abroad are growing. It is a common practice for Bulgarian organic raw materials to be exported abroad for next to nothing and processed there. Then, in the form of a finished product, they are imported in Bulgaria, undermining the market of organic products made here.

"Organic agriculture has lower yields and a far higher price of the final product," says Penka. Like her colleagues, she also relies on support from the state. But due to established fraud schemes in the sector, in recent years the state has exercised over-regulation, which hinders and discourages producers:

"Subsidies for organic producers are very low, and there were also empty years when the Ministry of Agriculture did not have funds for organic crops. It hit us hard. Our goods are constantly controlled. Every year we have new certificates for everything - both for organic farming and for juice production. There are continuous checks for quality, etc. We also face a serious problem with the requirements of the Regional Health Inspectorate related to the description of the products. Now the labels no longer can say that our product is 100% organic. This puts us in an even more disadvantaged position compared to producers of cheap and much lower quality juices," says Penka Tsocheva.‎

Thus, instead of choosing her 100% natural chaenomeles with proven health qualities, grown and processed according to all EU standards, the Bulgarian consumer, who is not particularly able to pay, will probably prefer the cheaper imported juices, loaded with preservatives, sugar and other additives . However, Penka does not lose hope, because for her, organic farming is more of a vocation than a business.‎ Bulgaria has become a factor in the Balkans and Europe through partnerships that strengthen economic and energy security. They are in the interest of our neighboring countries, partners and allies in the EU and NATO, said Bulgarian President Rumen.. At a forum in Bulgaria, opportunities for Canadian businesses for investment and joint activity with Bulgarian companies will be presented.  This was agreed at a meeting between Bulgaria's Minister of Economy and Industry, Nikola Stoyanov, and the.. 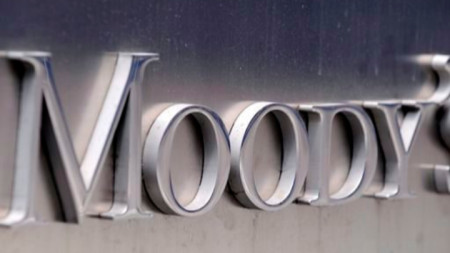 Moody’s: Bulgaria’s adoption of the euro likely to be delayed at least until 2025

Moody’s credit ratings agency has affirmed the long-term foreign and local currency sovereign credit ratings on Bulgaria at ‘Baa1’ with a stable outlook , the Ministry of Finance announced. According to the agency, the country can still..

At a forum in Bulgaria, opportunities for Canadian businesses for investment and joint activity with Bulgarian companies will be presented.  This was..

Bulgaria has become a factor in the Balkans and Europe through partnerships that strengthen economic and energy security. They are in the interest of..