November 21 – the Day of the Christian Family 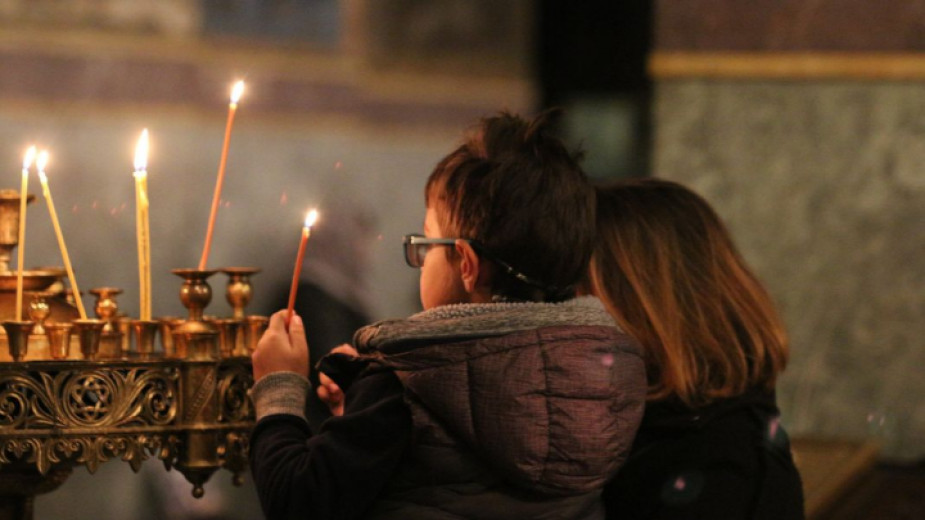 For the Bulgarian Orthodox Church, the Christian family is a small temple where, through the sacrament of marriage, the conception and upbringing of children in the Orthodox faith is blessed. In this ecclesiastical family, the man and the woman are one, and the children are a gift from God, who entrusts them to prepare them for the kingdom of God. ‎

Parents are the ones who take their children to God's temple, just as Joachim and Anna once brought their long-awaited daughter Mary, the future mother of the Saviour, to the Jerusalem temple for the first time. According to the Gospel, three-year-old Mary climbed the steep stairs to the entrance of the temple all by herself, where the high priest Zechariah was waiting for her. In front of the astonished eyes of those present, he led her into the tabernacle forbidden to women, the "Holy of Holies" itself, where he assigned her a place for prayer. The Church celebrates this significant event as the Presentation of Mary (or the Entry of the Most Holy Theotokos into the Temple) - one of the 12 Lord's feasts during the year.‎

It is not by chance that the Bulgarian Orthodox Church in 1929 chose this day to honour the Christian family and the young Orthodox Christians who are in school. Thus, the great spiritual symbolism of the holiday reminded parents of their moral obligations to children - to raise them in the spirit of Christian virtues. This day was a real holiday, in which children were released from school so that they could go to church together with their parents.

Nowadays, secular everyday life is gradually displacing the traditional patriarchal values ​​of our culture, which are perceived by modern society as out-of-date religious rituals. And if the holiday is on a weekday, the children go to school and the parents follow their work schedule. Although rare, there are also teachers who take the children to the service in order to maintain the flame of faith in their souls.‎

In the evening, at the modest table, the Orthodox Christian families gather to honour the holiday with lean bread, a glass of wine and fish and to invite the Mother of God to bring peace, love and understanding into their home.‎

Listen to the daily news from Bulgaria presented in "Bulgaria Today" podcast, available in Spotify.
Radio Bulgaria History and religion    Christian family Christianity Entry of the Theotokos into the Temple Presentation of Mary