Three ministers in the Bulgarian caretaker cabinet - Nikolay Milkov, Ivan Demerdzhiev, and Krum Zarkov, have presented arguments for the admission of Bulgaria to Schengen, during a joint online meeting with the committees on foreign affairs, justice and security, and European affairs of the House of Representatives of the Dutch parliament, BTA reported. This became known from a post on the Facebook page of Minister of Justice Krum Zarkov.

The Dutch government is expected to make a decision on the topic tomorrow, with Bulgaria still being the subject of intense disputes. According to information from the Dutch newspaper "The Telegraph", which refers to insiders, Bulgaria does not meet all the requirements yet. The sum of 220 thousand BGN to help the victims of the earthquake in Turkey has been raised in less than 24 hours by Plovdiv-based publisher Manol Peykov. Yesterday, he made an appeal on his Facebook profile for sympathy for those in distress... 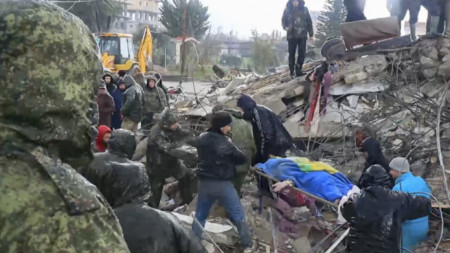 The Bulgarian Red Cross has launched a donation campaign for the victims of the earthquake in Turkey .  Anyone who wishes can support the initiative by sending an SMS to the number 1466 (worth BGN 1) to all mobile oper