"GERB will propose a government of experts who can stabilise Bulgaria", the party’s leader Boyko Borissov wrote in a Facebook post. On Monday, President Rumen Radev is to hand the first government-forming mandate to the biggest political force GERB/SDS.

Borissov has informed European Commission President Ursula von der Leyen of his intentions during the European People’s Party meeting in Athens. Boyko Borissov noted that he will continue the dialogue with all parliamentary parties, because in his view Bulgaria needs a cabinet that will speed up the work on the adoption of all laws under the Recovery and Resilience Plan.

"Despite the crises we are going through, we have reaffirmed Bulgaria's Euro-Atlantic orientation", Borissov wrote further referring to the provision of military aid to Ukraine, the acquisition of 8 more F-16 aircraft, etc. 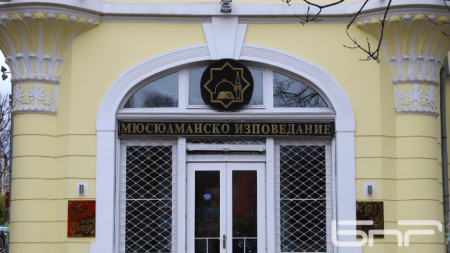 The Grand Mufti's Office of the Muslim Denomination in the Republic of Bulgaria  has  announced a donation campaign for the victims of the devastating earthquake in Turkey . "Let us empathize with our brothers and sisters!" reads the appeal of the..

The National Association of Volunteers in Bulgaria has announced that on Tuesday morning it will send its rescue teams to Turkey to help on the ground after the devastating earthquake .  "Exactly about 20 people are leaving tomorrow morning. We.. NDSV party is open to negotiate with all parties, except Vazrazhdane

"The NDSV representatives in the country are being revived. We are getting encouraging results". Prof. Ognyan Gerdzhikov, lawyer, speaker of the 39th National Assembly, former caretaker prime minister, one of the representatives of the NDSV, told the..