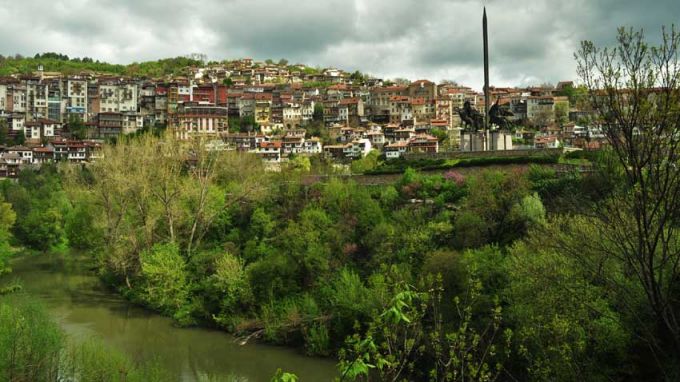 Over one million tourists have visited the town of Veliko Tarnovo in 2013, which places Bulgaria’s former capital first in the ranking of most visited Bulgarian towns. Besides, unlike many other Bulgarian tourist centers which fade away in the winter period, the town of Veliko Tarnovo is full of life all year round. The cultural life in this town is also very dynamic. The town hosts many exhibitions, festivals, theatre plays, international conferences, youth open-air happenings, etc. The temptations for all art fans are endless! Let alone the tourists who struggle to see at least part of the local cultural and historical landmarks!

That is why many people return again and again to the town of Veliko Tarnovo to the delight of the local hotel owners, restaurant owners and tour agents. In the summer time the old part of the town is full of foreigners mainly. During big holidays and international meetings it is almost impossible to book a hotel room and guests usually make bookings in nearby places. In order to feel the spirit of Bulgaria’s old capital though, you need to stay there longer. Take a walk along Gurko Street which is one of the most emblematic spots of Veliko Tarnovo.  Its old houses, pubs and small hotels are hugging closely together. Visitors can enjoy there the pleasant view over the town spreading along the Valley of Yantra River. Find at least one spare morning to visit the Samovodska Market and its neat workshops and souvenir shops. You have to visit by all means the sweet house and buy a local coffee, a Turkish syrup-soaked shredded sweet, Turkish delight on a stick and even a syrup-soaked sponge cake. You can also drop at the local museums - the Museum of Ethnography, the Historical Museum and the Prison where the Bulgarian rebels were tortured by the Turkish enslavers. You can also visit there the building of the first Bulgarian National Assembly.

One of the local landmarks is the Museum of the Wax Figures which opened in 2013. Medieval rulers, boyars, ordinary people and craftsmen from the Second Bulgarian Kingdom stand looking alive there.

However, the Tsarevets Hill and its Medieval Fortress is the most impressive sight in Veliko Tarnovo. This emblematic place becomes a fantastic stage for the famous Sound and Light Show when the historical hill shines with fairy illumination and sound effects and perhaps wakes up from its century-old sleep to live again its former fame. No matter how well you think you know this town, you will always be surprised by something new and different, starting from the numerous churches which can be visited in one whole weekend, all the way to the local restaurants with wonderful local cuisine, the hotels which compete with each other to offer all types of services. An amusement train which takes tourists across the town’s landmarks is among the latest attractions of Veliko Tarnovo. The train takes tourists even to the foot of Tsarevets Hill.

The guests of Bulgaria’s old capital can now visit the remains of the ancient Nicopolis Ad Istrum Roman Town which is situated some 25 kilometers away from the town. The latest attraction was launched with a magnificent show, accompanied with re-enactment of the famous legionary fights and medieval crafts. Cultural tourism is among the top priorities of the local administration which invested in 2013 some EUR 3.5 million in tourist infrastructure. Most of the money was granted by the Regional Development Operational Programme under various projects. The town has the ambition to become the European Capital of Culture in 2019. By the way, Veliko Tarnovo is a cultural capital even at present. That is why the International Cultural Tourism Exhibition which in 2014 welcomed participants from 11 countries is held in Veliko Tarnovo. Many things are happening in our town, explains passionately Tsvetomir Boyadzhiev who runs the Tsarevgrad Tarnov municipal tourist agency, adding that he and his colleagues are convinced that Veliko Tarnovo should become the European Capital of Culture.

“We have the self-confidence that we deserve it. We have the necessary human potential, knowledge, experience and enthusiasm. Our young people want to work under projects that present the cultural heritage of our town and create something for the future. The private business invests in new hotels and restaurants. In the forthcoming programming period, the EU will grant money under various programmes for new archeological sights and attractions.”

One of the projects envisages the construction of a riverside street along the Yantra. A river beach and a park near the river are also to be launched. Small water vessels could also become part of the attraction just like the popular Bateau Mouches in Paris. Thus, Yantra River will be shining like Seine River and Veliko Tarnovo will turn into the City of Love!

Bulgaria is in 46 th position in the list of most Googled countries in Google Street View for 2021. Top of the list is Indonesia, followed by USA, Japan, Mexico and Brazil. The Maldives are in the 100 th , or last position. Google.. 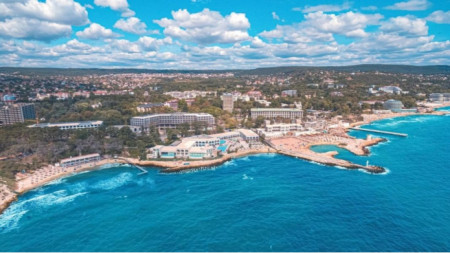 Bulgaria is in 46 th position in the list of most Googled countries in Google Street View for 2021. Top of the list is Indonesia, followed by..