Todor Zhivkov was born on 7 September 1911 in Pravets and, as of 1932 was a member of the Bulgarian Workers’ Party (communists). In 1948 he became a member of the Bulgarian Communist Party Central Committee and, in 1954, was elected its first secretary. In 1962 Todor Zhivkov became chairman of the Council of Ministers and in 1971 – of the State Council. On 10 November 1989 he was dismissed from all posts he had occupied and at the beginning of 1990 Todor Zhivkov was arrested and charged with a number of crimes.

That is, very briefly, the biography of the man who ruled Bulgaria 33 long years. Latter-day researchers of this period from the country’s modern history say that the long years of Zhivkov’s authoritarian regime proved disastrous for the belated formation of a civil society in the country, crushing any individual initiative or dissent.

Zhivkov rose to power in 1953-1964, a time of generational changeover in Bulgarian political life. A time of all kinds of economic strategies and experiments, closely connected with his political assertion inside the country as well as with regard to Big Brother – the USSR. Throughout his regime, he touted the triumph of the socialist model. Yet this same model and his own governance led the country to bankruptcy three times.

The first time was in 1960 when secretly and almost criminally he sold the country’s gold reserves to the Soviet Union. The second time Bulgaria went bankrupt was in 1977-1979 when the country accrued USD 6 billion in debts to Western banks which it was unable to pay off. The third time was in 1989 when, even though the country had gone bankrupt twice, Zhivkov kept his regime going by taking out more debts from Western banks. The cost of this authoritarian way of dealing with problems – USD 11 billion in external debt, USD 20 billion in internal debt, a bankrupt agriculture, a military-industrial complex up to its ears in debt, a brand new company system with no currency resource. Foreign trade companies are the exception – they were under State Security control and were turned into personal piggy banks by the new communist-bred capitalist millionaires. In his monologues with the prosecution over court case No. 1 and No. 4 Todor Zhivkov states he is guilty of bringing about the country’s economic ruination but not publicly. As to case No. 1 Zhivkov was indicted of exceeding authority with the aim of deriving benefits for himself or for third persons amounting to over BGN 26.5 million. Court case No. 4, launched in 1991 aimed to establish the causes and the perpetrators of the economic catastrophe. But it never got to court as charges were never pressed. In 1990, a lawsuit was initiated against Todor Zhivkov over the forcible change of names of the Bulgarian Turks and their forced deportation – the so-called Revival Process.

A warrant for his arrest was issued on 18 January 1990, but several months later it was replaced with house arrest. Here is what Todor Zhivkov said just before the first trial against him:

“Our people and the international community are expecting this to be a political trial. The charges against Todor Zhivkov are for crimes against the state, against the people etc. There are no such charges against me. Absolutely all charges pressed during the investigation - that I have taken billions of dollars out of the country and into Western banks – all this has been dropped. They were slanders, sensations by the ad hoc committee of the previous National Assembly with president Andrey Lukanov, slanders, mud-slinging against the former head of state and secretary general of the Bulgarian Communist Party, and they were submitted to the Prosecutor General’s Office.”

On 25 February 1991 Todor Zhivkov was brought to trial for handing out Security and Protection Directorate apartments, cars and money illegally. In September 1992 the Supreme Court found Zhivkov guilty and sentenced him to seven years of imprisonment. On 8 June 1993 he was brought to trial over the death camps – concentration camps where dissenters were sent in the 1944-1962 period. After that he was taken to court for embezzling over USD 11 million, money earmarked for assisting “left-wing workers’ organizations” around the world. There followed other lawsuits, including with regard to the Revival Process – in this instance the Constitutional Court ruled that prosecution was only possible for crimes against “races and nationalities” and not ethnic groups. Thus, in the eyes of the law, after 45 years of totalitarianism and authoritarian rule in the People’s Republic of Bulgaria, no culprits were found. Todor Zhivkov died on 5 August 1998. 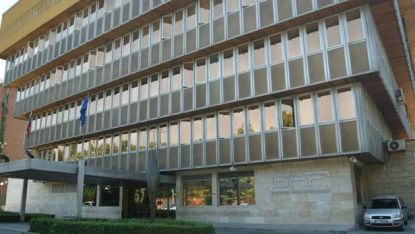