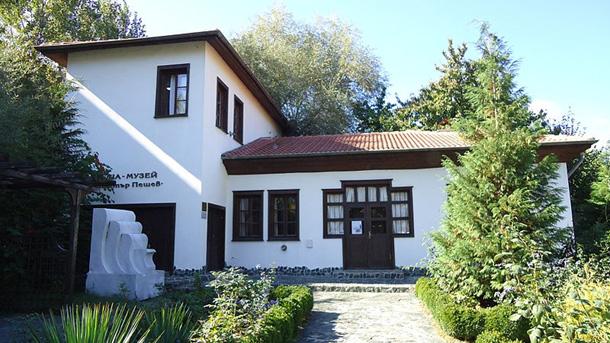 The Dimitar Peshev House & Museum in the town of Kyustendil is a monument of culture, restored nowadays, in order to be a focal point for the memory of those Bulgarians, who managed to pluck from Hitler’s grip some 50,000 Jews who were to be deported out of Bulgaria. Then Deputy Chair of Parliament Dimitar Peshev was among the people who contributed the most for the saving of the Jews. However, any visitor of his house learns about the other citizens of Kyustendil, who supported and assisted him for the success of that humane deed. The constant exhibition of authentic objects, pictures and stories tells about the March 1943 events and the forming of the delegation of prominent Kyustendil citizens who took the saving of the Jews as their duty.

The anti-Semitic Law on the Nation’s Protection was adopted in 1940 and that parliamentary session was chaired by Dimitar Peshev. On 8 March 1943, or three years later he was contacted by citizens of Kyustendil. They reported on a secret treaty signed with Nazi Germany for the deportation of some 50,000 Jews from Bulgaria to Germany in relation to the so-called Final Solution to the Jewish Question. The Kyustendil delegation involved MP Petar Mikhalev, trader Assen Suichmezov, teacher Vladimir Kurtev and lawyer Ivan Momchilov. Peshev could show no ignorance for the concern of his fellow citizens and on March 17 he wrote a sharp letter of protest against the deportation of the Jews, sending it to PM Bogdan Filov. A total of 43 MPs supported his actions. A few days later he was taken off his parliamentary duty. The fact that the cloakrooms of the institution saw stormy discussions of the Third Reich’s plans was one of the main reasons for the prevention of the deportation process. Author of the museum exhibition and expert on modern Bulgarian history Dr. Angel Jonev says they own two very precious draft letters, written before the final version, sent to the premier by Dimitar Peshev. He also gives further details on those events: “Peshev and his supporters never meant the resignation of the government. The honor and dignity of Bulgaria must be kept – that is what the letter reads. After all, not a single Jew from the pre-war territories of the state was taken out in March 1943, which was extremely important. None of them went to a death camp. That ceased the state machine and it opted for other ways to restrict the rights of the Jews – the ones from Sofia, or about half of their community were displaced across small towns and different villages in the country. However, the key moment of their saving was the act of Kyustendil’s first men and their authority. Documents of the exhibition testify on both the saved ones and the saviors. The largest part of the Jewish community left Bulgaria at the dawn of the new socialist regime and settled down in Israel. The Bulgarian newcomers there were a significant group in the new state, established mainly by refugees from across Europe. At the same time the Bulgarian Jews were proud to state they were not refugees, but emigrants who left voluntarily their motherland and didn’t escape any serious violence,” Dr. Jonev says.

Unlike the Bulgarian Jews, each of their Kyustendil saviors faced unhappy destiny. The so-called activities of the people’s power after 9 September 1944 hit them fiercely in the back, when the state was occupied by the Soviet Union. Despite the doubtless contribution of Dimitar Peshev, regarding the Jewish Question in 1945 the illegal People’s Court sentenced him, sent him to prison, deprived him of civil rights and confiscated all of his property. After his release from prison Dimitar Peshev lived in poverty. Dr. Angel Jonev tells us more on the documents from the exhibition:

“Dimitar Peshev himself was sentenced alongside his colleague Petar Mikhalev also for “the chasing of Jews”. The indictment, preserved by Peshev’s relatives is now kept with the museum – the document presents him as a persecutor of the Jews. Hence the full confiscation of his property. This is historical cynicism from the second half of the 20th century – a high-ranked communist official was accommodated at the house of Dimitar Peshev. Another rescuer of the Jews, MP Petar Mikhalev faced similar destiny – he was sentenced to life in prison, later on replaced with 3 years in prison and he was supervised by the State Security bodies. To say nothing on teacher Vladimir Kurtev, who disappeared without a trace in 1946 and no one has ever known his grave. After the 1960s, separate Jews and then the state of Israel showed interest in the destiny of the rescuers and supported the survivors in terms of financial aid – those were Assen Suichmezov, Dimitar Peshev and Petar Mikhalev. All of them, along with Vladimir Kurtev were bestowed the title of "Righteous Among the Nations" and have been honored by the people of Israel ever since."