Levski’s Karlovo house built up back from ashes, now sanctuary 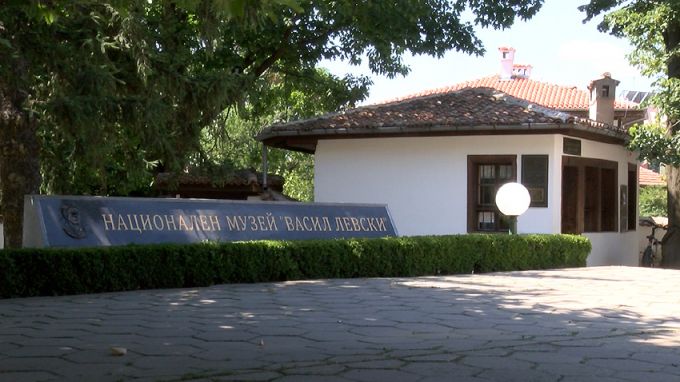 The house of Vasil Levski, Bulgaria’s national hero and organizer of the anti-Ottoman movement in the 19th c. has always been one of the most visited memorial museums in this country. The building itself is modest and its style is typical for the early Revival period from the 18th c. It consists of a bedroom, living room, cellar, workshop and a dye house. The house was abandoned and became subject of self-destruction around the Liberation years, but in 1933 it was restored and 4 years later opened up as a museum. Belongings of Levski, his documents and pictures, related to his family, life and deed have been collected there for many years. Nearly all research biographical researches and literature works, devoted to the Apostle of Freedom are kept there, along with art work, documents and photographs. Citizens of Karlovo have donated a significant part of those. The cobblestone yard around the house, the fountain with clear mountain water, the lovely garden and the high stone walls have been all restored in their authentic outlook.

The Vasil Levski Museum in Karlovo has been included in the 100 National Tourist Sites List and some 35,000 per year visit the place.

The guides’ story begins with the house’s history and the fact that it was “lifted up from ashes”, as the subject has been abused for many years, chief curator at the museum Dora Chausheva says. “One of the versions has spread the rumor on the deliberate setting of the house on fire, but such thing never happened", Mrs. Chausheva goes on to say. "The place has been abandoned by the Apostle’s entire family in a natural manner. Levski died early. Both his brothers Hristo and Petar left their hometown and share the unhappy fate of Bulgarian emigrants. Left alone, his old mother Gina Kuncheva was accommodated by her daughter’s family in the last years of her life. Well, not a single house abandoned in such a manner would make it, right? When the youngest brother Petar returned to Karlovo after the Liberation, he found his home in ruins. It was restored no earlier than 1933, when the people of Karlovo managed to bring back its original outlook. Historian Dimitar Strashimirov was invited to consult the restoration process by a special committee. The local garrison helped a lot, alongside many relatives of Levski and common patriots. A nice life-size stone sculpture of his mother Gina Kuncheva has been placed at the entrance, as if it welcomes all the guests. The sculpture was created by Prof. Ivan Mandov back in 1973. The many works of art, exhibited at the museum are really interesting for me and for the visitors as well. They show the most important moments from the revolutionary activity of our national hero. Many Bulgarian artists from different generations have created various versions of the Apostle’s image.” The house has been a museum for nearly 80 years now and today it is the center of an entire museum complex that has preserved the memory of the Apostle, his family, relatives and revolutionary activities back in those days.

The flag of the Karlovo revolutionary committee is one of the interesting exhibits of the memorial display. This year we mark the 140th anniversary of the start of the April Uprising. Dora Chausheva gives us more details on the curious destiny of this precious relic:

“Created by several girls from Karlovo, as ordered by Levski, this flag became the prototype of the one, embroidered by Rayna Knyaginya. During a visit to Karlovo the apostles of the 4th Revolutionary District saw the flag, left behind after the Apostle’s death and they ordered the sewing of another one. On the day when the Blood Letter of Todor Kableshkov was read, the revolutionaries hurried to attach it to a stick and so the April Uprising in Panagyurishte kicked off… One of the most precious things at our museum is a lock of hair of the Apostle, preserved by his mother and later on – by his sister Yana. We should be really thankful to them, as we don’t actually know for sure where the grave of Vasil Levski is,” curator Dora Chausheva says in conclusion.