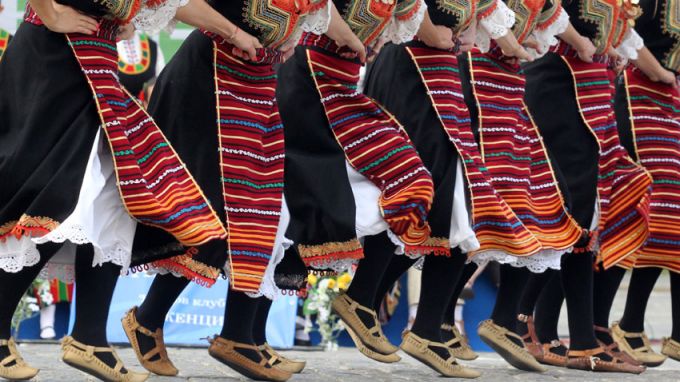 The fans of traditional folk music enjoyed new recordings in 2016. The recordings include singers and instrumentalists from different generations and representatives of various styles.

Kanaraormanski Rachenik is a piece from Theodosii Spassov’s and the Bulgarian National Radio Folk Music Orchestra’s album Belezi (Scars). The internationally acclaimed piper Theodosii Spassov named the piece after Kanaraorman locality (stone forest) which is situated nearby his place of birth-Belitsa, Silistra District.

In January 2016 the Institute for Art Studies with the Bulgarian Academy of Science presented Elena Stoin’s Music Folklore Dialects in Sound-a CD consisting of more than 200 unique recordings made by the renowned Bulgarian folklorist between the 1950’s and the 1970’s. The CD was attached to a book which contains priceless information. The project was fulfilled by a team headed by Professor Goritsa Naydenova. It stirred huge interest among music experts and the fans of authentic Bulgarian folklore.

In the short overview of the new 2016 recordings we are to recall one of Irena Stankova’s pieces made for the music archives of the Bulgarian National Radio in the beginning of the year. Irena is from the coastal city of Burgas and won music awards at various prestigious contests in Bulgaria. She also held concerts in many European countries. Her music repertoire includes patterns of the Strandja Folklore Region. The young Bulgarian singer found those pieces herself. She recorded those songs for the Bulgarian National Radio.

The Pride of Bulgaria is the name of the latest album which contains pieces by celebrated Bulgarian musician Diko Iliev - a conductor and composer of brass orchestra music. Diko Iliev was born at the end of the 19th century and passed away in 1984. Nearly three decades of his life were linked with the Danube town of Oryahovo and the brass orchestra of the 36th infantry Kozloduy detachment. He wrote nearly 20 marches which are still performed on various occasions. He had the unique gift to create music pieces based on Bulgarian folklore. During his time off Diko Liliev used to travel in the area of Oryahovo, Vratsa and Montana (Northern Bulgaria) and taught many children and young Bulgarians to play on various brass instruments. He established many brass orchestras and wrote music for them. Many of his pieces were brought to life again in the past 15 years due to the efforts of Mrs Hrizantema Rasheva who works as a secretary of the local community center in the town of Oryahovo and due to Kuzman Kuzmanov- conductor of Diko Iliev brass band in Oryahovo. Teams of the Bulgarian National Radio recorded three albums over the years. As we have already mentioned the last one is named The Pride of Bulgaria.

In 2016 Theodosii Spassov presented to his music fans another music album, which was recorded this time with Theodisii Spasov’s quintet during the ten-day music tour in South Bulgaria. It was named O’Maino Horo and presents the pieces included in the concert programme of the music quintet. The music from that album is fresh and creates a festive feeling. In Theodisii Spassov’s view, the album is suitable for those who want to dance alone or with friends.

Kanaraormanski Rachenik, to the rendition of Theodosii Spassov and the Bulgarian National Radio Folk Music Orchestra 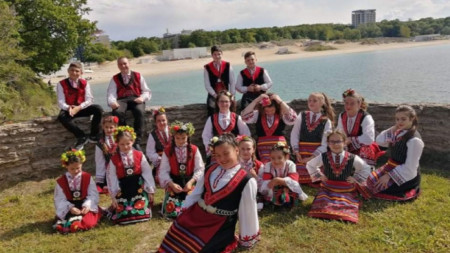