The Bulgarian National Radio has changed its home four times

Many attempts have been made to tell the story of the Bulgarian National Radio but usually, in an effort to present a concise version, we fail to mention some curious details that would sparkle the interest of anyone keen on the history of this country. Over the course of its existence, the Bulgarian National Radio has resisted many changes that transformed Bulgaria over the past eight decades.

What is considered to be the official start of radio broadcasting in Bulgaria? It happened in the remote 1929 and consisted in the construction of a 60-watt radio transmitter by a group of engineers. The desire of the enthusiastic members of the radio amateurs club called Rodno Radio (Native Radio) to create a radio program was supported by the state authorities, which allowed them to use a small building on the corner of the central Sofia streets Moskovska and Benkovski. Soon, however, it became clear that the available equipment was insufficient to reach a larger audience, and a team of local engineers took up the challenging task to build a more powerful transmitter. Another problem arose as the people working on the radio programs increased and the building soon turned out to be too small to accommodate all. Therefore, with the permission of the state, the amateurs moved and occupied an entire floor of a building on 19 Moskovska Street. After radio broadcasting was made a state monopoly with the decree of Tsar Boris III in 1935, the Bulgarian radio began developing at a rapid pace. In addition to the Bulgarian language broadcasts, the year 1936 saw the start of overseas emissions – first in Esperanto, and several months later, also in French, German, English and Italian, the foreign service department of the radio known today as Radio Bulgaria. In the period 1938-1941, apart from new equipment, the radio employees also acquired a much larger building located on the current address of the institution - 4, Dragan Tsankov Blvd. At that time, this was where Sofia’s villa zone started. After the bombing of the capital during the Second World War, which struck the newly-erected building, its rapid recovery began. It turned out, however, that its total area of 2,300 square meters was no longer enough. In the late 1960s, the then chairman of the Radio and Television Committee Todor Stoyanov began looking for a way out of the problem. In finding a solution he was helped by a friend - architect Georgi Stoilov, who at the same time was the mayor of Sofia. In his memoirs, the architect shared:

“My friend Todor Stoyanov came to me and told me - "Please, give me more space because we from Sofia Radio have increased so much. Our journalists work three or four people at one desk. I told him there was no free space as all administrative buildings built earlier were occupied. I went to see him in the old radio building and saw that there was an unused plot lying between it and the Faculty of Agronomy. I told him to build on it. He asked me to make a project because in case there was an architectural design, they immediately include you in the urban plan. I made the design, he took it to the Planning Committee and so they gave the green light to the construction.” The idea of the specific structure of the building, in the shape of an inverted pyramid, comes from the oriel windows of Bulgarian revival period houses, whose upper floors jut out over the lower ones. The first sod of the new home of the media was turned on August 17, 1970. The Golden Fund of the Bulgarian National Radio keeps a documentary record in which the Chairman of the Committee for Radio and Television Todor Stoyanov describes the day as memorable for the further development of the institution, because:

“Everyone familiar with the radio’s role knows what laying the foundations of the new building means to us. So I'm not going to sound far-fetched to say that for us the day Monday of 17 August 1970 marks the beginning of a construction which is to give new conditions and new technical facilities for the more effective development of the radio that has already become an integral part of the nation’s daily life”. 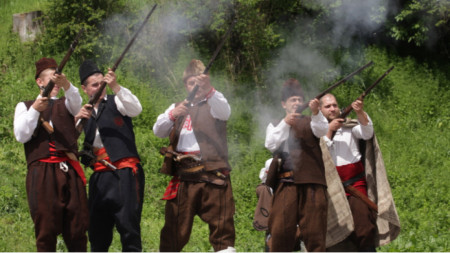 The 145th anniversary of the outbreak of the April Uprising is being marked with various events throughout the country. The uprising started prematurely on April 20, 1876 in the town of Koprivshtitsa. 145 years later,..

On the occasion of the International Day for Monuments and Sites, the restored Bishop's Basilica of ancient Philippopolis or today's Plovdiv has officially opened. US Ambassador Herro Mustafa was also present at the event, which was broadcast.. 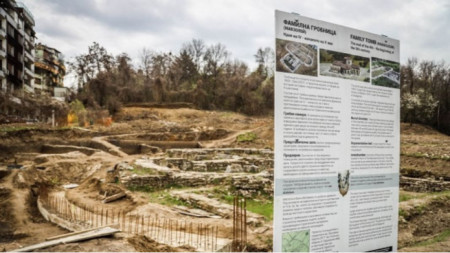 Sofia to have new archaeological park

Bulgaria’s capital Sofia will have a second archaeological park by the end of the summer. The land, which is part of Lozenets residential district, was rescued from potential investors after 2001, when archaeological research was restored by.. The 145th anniversary of the outbreak of the April Uprising is being marked with various events throughout the country. The..