An exhibition in Plovdiv showcases weapons as a male ornament

An exhibition on in Plovdiv until November 30 will challenge visitors to see weapons, a symbol of dominance and power, in an entirely new light.

“The aim is to display weapons as apotropaic and a male ornament,” explains Grozdelina Georgieva from the regional museum of ethnography in Plovdiv. “The exposition displays close combat weapons and firearms used from the 17th to the end of the 19th century. The Balkan type of weaponry and the way it is made is a specific blend of Eastern and Western ornamentation and decoration. Many of the elements coming from the East started to change once they reached Bulgaria and a Christian environment alien to the Ottoman worldview. This eclecticism is reflected in weapons turning them into a form of art. At the time of the National Revival men had few decorative options, and the principal male ornament was the Kyustek (pocket-watch chain). Weapons were the other attribute for men.”

The decorations on the weapons are a status symbol, a symbol of rank and property, and Bulgarian master craftsmen were so famous that they were often the only ones entrusted with making the blades, while for the guns Sliven master craftsmen would travel all the way from Asia Minor and Egypt. While metal, dyed resin and enameling were predominant in the weapons coming from the East, Balkan weapons had ornate mother-of-pearl decorations and semi-precious stones, the mother-of-pearl inlays were even lined with gold studs which made the weapon so much more florid and bright. Other typical features were brass rosettes, stars, crosses, as well as silver and gold filaments inlays.

“They were used to make inscriptions on the weapon, and there is something very interesting about that,” Mrs. Georgieva says further. “The inscriptions were mostly in Turkish and Arabic even though the decorations often showed clearly enough that the weapon was made by Bulgarian craftsmen. In the Balkans things were transformed. The Koran prohibits the depiction of animals, yet weapon decorations were not restricted to the florid images of plants, there were dragons, gorgons, lions fish too. Not to mention the crosses that were in abundance – in fact that was the craftsman’s “signature”, a way to make a statement that he belonged to a different faith. There is an ongoing debate as to what the ordering party thought of all this, because the weapons very often had Ottoman inscriptions and this means they were owned by a man of the Muslim faith. In war, however, especially against infidels, prohibitions didn’t matter much and the owner perceived these elements as no more than decoration. And to be able to carry such a weapon he would acquiesce in spite of his belief.”

Some of the sacred inscriptions on the weapons are prayer formulas seeking the protection of Allah or God, sometimes there is a symbol of bravery (the Zulfiqar sword), there are some on which the name of the owner is inscribed, which is connected with the belief in the immortality of the soul. Many weapons of this kind were commissioned as gifts, and in those cases the inscriptions are eulogies to the person who will possess them. The simplest kind of decoration on the swords of the regular army, or the most ornate decorations on Balkan yatagans – with hilts made out of white walrus tusks, with gold, silver and coral inlays, with letters inscribed in gold along the entire length of the blade is what makes these weapons so precious.

“What the decoration was like in its entirety was indicative of attitudes at the time of the National Revival in Bulgaria and most of all of the singular attitude to weaponry as an instrument of war, but also as am ornament, as a symbol of masculinity and a decoration of the man himself,” says Grozdelina Georgieva. 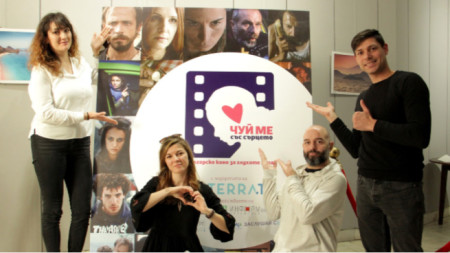