A Russian spy expelled from Bulgaria has tried to recruit a director of a Bulgarian service with access to classified information, Prime Minister Boyko Borissov said in an interview with BTV. According to PM Borissov, the Bulgarian employee himself informed him of the attempt for recruitment, after which appropriate actions were taken by Bulgarian authorities.

It should be recalled that the Russian diplomat accused of espionage in Sofia has already been declared a persona non grata. Refusing to comment on the case, Russian Foreign Ministry spokesperson Maria Zakharova said the principle of reciprocity remained valid in diplomacy. 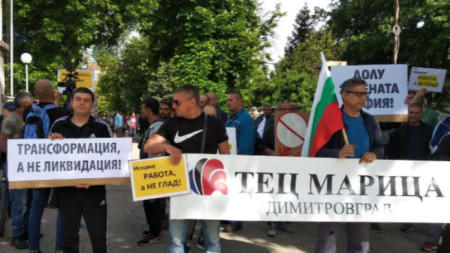 Maritsa 3 TPP workers on protest, demand reopening of the plant

Employees of TPP Maritsa 3 in Dimitrovgrad staged a protest in front of the Ministry of Environment in Sofia, then headed to the Council of Ministers.  They demand that the plant be put into operation immediately. It was shut down on 21 April.. 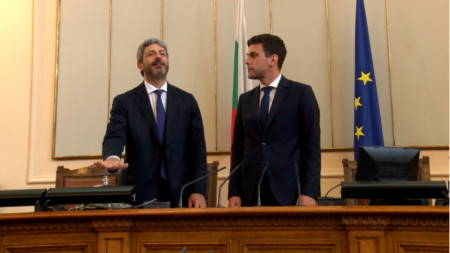 Integration of the Western Balkans is of strategic importance for the EU, says Speaker of Italian Chamber of Deputies

The enlargement of the European Union to the Western Balkans is of strategic importance for the EU. This is what Roberto Fico , Speaker of the Chamber of Deputies of Italy, said in the Bulgarian National Assembly. Mr. Fico is on an official..

Gas prices are expected to rise on a one-off basis due to the halted supplies from Russia, but they will be offset by alternative supplies, according to  European Commission's   latest spring macroeconomic forecast for Bulgaria . Energy prices..

“The deepening protests mean that the trust deficit is deepening,” President Rumen Radev told reporters today. According to him, the only solution that..