The summer 2020 season started out with an anti-crisis advertising campaign targeted at the markets traditional for Bulgarian tourism, declared Minister of Tourism Nikolina Angelkova.

The country’s popularization on the BBC and CNN is to start within a week, the principal message being that Bulgaria is one of the destinations coping best with the effects of coronavirus and one of the comparatively safe places in the world to spend a holiday. Bulgaria was among the first countries to have announced, at a round table on addressing the negative effects of the pandemic in the sphere of the bus tourist services, tour operator and travel agent activities, that it is welcoming tourists from over 30 countries without quarantine, and charter flights are expected, after 25 June, from the Netherlands, Germany, Poland and other leading markets.

Demanding that the industry be saved, and adequate government measures taken, owners of tourist transport companies, tour operators and tourist guides came out to protest in the centre of Sofia on 15 June, briefly blocking the key boulevard Tsar Osvoboditel. At an emergency meeting of the ministers of transport, of labour and social policy, and of tourism with hauliers and tour operators,agreement was reached for the 60/40 job-saving measure to become 80/20 and to be extended to the tourist industry, with BGN 290 per month being paid out to workers from the transport but also the tourist companies. A new BGN 30 million grant scheme is also being launched as of July. The money will be reallocated from operational programme “Transport and transport infrastructure” to operational programme “Innovations and competitiveness”.

The situation in tourism is dire throughout Europe and the world, not just in Bulgaria. It will take time to regain the trust of tourists and revert to pre-Covid-19 times in the sector, and that is something that can only be done by concerted effort, Minister Angelkova says, stressing that the government measures are “essential and timely” and that they are working.

“The summer season is expected to be difficult and out of the ordinary, we are in constant contact with managers and representatives of leading tour operators who work on the “Bulgaria” market,” Angelkova says further, and adds that an important element in the amendments to the Health Act is the option for a EUR 35 per seat subsidy for charter flights. The instructions are ready and are to be coordinated definitively with the Ministry of Finance and the European Commission, the idea being to launch the measure as early as this season, and to for it to be valid for another two years so that as many tour operators as possible can benefit from it. Nikolina Angelkova added that efforts are underway within the sector to set up a guarantee fund, to be introduced via amendments to the Tourism Act.

Unique spots in Burgas like the Bridge, the Central Beach, Primorski Beach, Lake Atanasovsko, a black-sand beach strip, the seaport, St. Anastasia Island, the Aviation Museum, the railway station will be the first locations to be promoted as.. 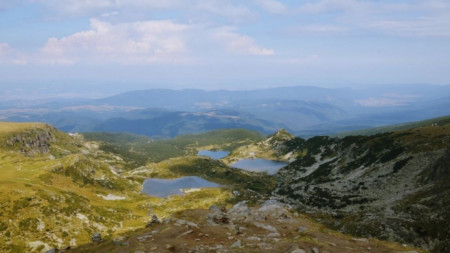 “Taming” nature around the Seven Lakes of Rila – where is it leading?

Sulzata (Tear), Okoto (Eye), Bubreka (Kidney), Bliznaka (Twin), Trilistnika (Three Leaves), Ribnoto (Fish) and Dolnoto (Lower) lake –strange names, but very familiar to Bulgarians – they are the Seven Lakes of Rila.   They are among the.. 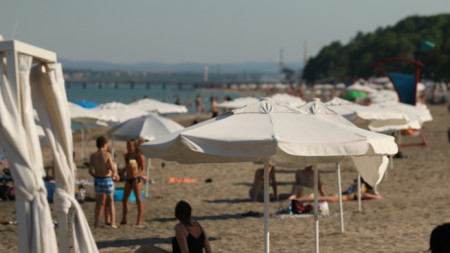 It is expected that Bulgarian tourism would achieve better results this summer in comparison to the previous year. If the current pandemic situation in Bulgaria remained unchanged, then we could count on a better season continuing until the end of..