The Serbian Progressive party of President Aleksandar Vucic has won a landslide victory in the country’s parliamentary elections, receiving 63% of the vote. Its coalition partner, Ivica Dacic's Socialist Party, is second with more than 10% of the votes. The elections were held on June 21 amid a pandemic and a divided opposition.

Negotiations on Kosovo were resumed immediately after the elections. The EU Special Representative for the Belgrade-Pristina dialogue, Miroslav Lajčak, arrived in Belgrade, saying the EU insisted on a comprehensive agreement between Belgrade and Pristina. Vucic met with President Vladimir Putin in Moscow. On June 27th, the Serbian president will meet in Washington with Donald Trump and Kosovo Prime Minister Avdullah Hoti. NATO Secretary-General Jens Stoltenberg has expressed hope that the meeting in Washington will mark "the beginning of the end of a long-running dispute between Belgrade and Pristina". Kosovo President Hashim Thaci was also scheduled to attend the meeting aimed at resuming dialogue between Pristina and Belgrade in Washington. However, he had to drop it after the Specialist Prosecutor's Office in The Hague, which is investigating the war crimes of the Kosovo Liberation Army, indicted Thaci and several others for crimes against humanity. North Macedonia has also entered the election campaign amid pandemic conditions. Early elections were scheduled for April 12, but were postponed due to the coronavirus crisis. After long debates, the political parties agreed on the date of July 15, as the election campaign will be short and via online channels, without the traditional big rallies. 15 political entities will compete for 120 seats in North Macedonia’s parliament.

For months, North Macedonia has been battling the pandemic with a divided transitional cabinet, without a parliament, with decisions being made by President Stevo Pendarovski.

Floods with casualties in Romania Heavy rains in Romania this week caused floods in various parts of the country. Three people lost their lives. Due to the heavy rainfall, the traffic situation in some places is complicated, with some roads temporarily closed due to flooding. Turkey will open testing centers for Covid-19 at the country’s busiest airports from July 1st and from July 15th at all airports. This was announced by the Minister of Culture and Tourism Mehmet Nuri Ersoy. According to him, almost 730 hotels and over 900 restaurants have applied for certificates for safe tourism. About 11% of the country's GDP depends on tourism. That is why Ankara is in active talks with Great Britain, Germany and Russia to resume scheduled and charter flights in full capacity. These are the three countries from which Turkey welcomes the highest number of tourists.

Greece is on track to save the tourist season

The islands of Thassos and Samothrace, as well as the tourist areas in northern Greece are already a hit among foreigners, BNR correspondent in Greece Katya Peeva reports. According to local authorities, bookings for July and August have already passed 85%, with many hotels fully booked for much of September. The main clients are Bulgarians, Romanians and Serbs. Tourists arrive in Halkidiki Peninsula in their own cars from all over Europe. At the same time, the traditionally popular islands of Mykonos and Crete do not expect to exceed 30% of last year's number of tourists. Foreign guests admit that they prefer to rest where they can go with their own car, limiting the use of ferries and planes.

What does the voice of protests say and will it be heard?

Protests, clashes, civil discontent, extraordinary briefings, calls for resignations, political accusations and explanations – all these have been part of Bulgaria’s agenda for several days. The protests even managed to displace information about.. 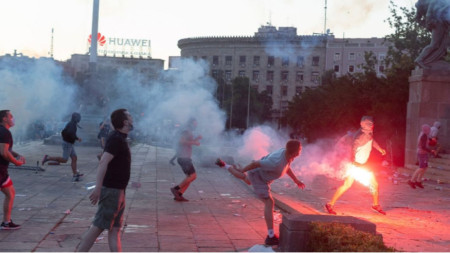 Protests in Serbia over Covid-19 curfew The surge in coronavirus cases in Belgrade, and the more than 4,000 people admitted to hospital, prompted Serbia’s President Aleksandar Vucic to announce his intention of reintroducing curfew for the.. 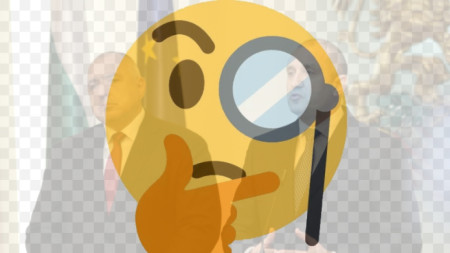 Compromising materials as a political game or a norm of behaviour?! What does the voice of protests say and will it be heard?

Protests, clashes, civil discontent, extraordinary briefings, calls for resignations, political accusations and explanations – all these have been..