Stoyan Yorgov chooses to present himself to the Bulgarian audience with the colours of the white-black range – that special light, from which the hot desert air trembles before your eyes, and your skin shivers from the salty coolness of the ocean water.

The artist combines his photographic canvases, exhibited in the Sofia-based gallery "Rakursi", under the name "18% of Gravity". They are inspired by the skaters on the concrete platform of Venice Beach in California and their relentless attempts to overcome gravity. "I associated the ramp with the map calibrating the camera's metering system so that at certain light values the scene looks 18% gray," says the author. And the coast, rich in colours and sunshine, dissolves into the fog to complement the density of the image. “These shots are eternal, no matter at what time of day they are made - some are darker, others are lighter”, Stoyan Yorgov explains. “I photographed these skaters very spontaneously. The feeling of the platform is like a big sculpture. In this beautiful place, the weather changes quickly, especially in that part of the year between March and June, which is called June Gloom. Then the heat from the desert begins to push the fog and cold into the ocean and it is all hellishly beautiful. I like to go there and take pictures. ” Stoyan Yorgov has been living in Los Angeles for 26 years now. After a short stay in Germany and a clash with the mafia-like groups in his native land, he decided to leave. He soon jumped over the fence on the border between the United States and Mexico. An artist by education and worldview, he spares his words about life across the ocean and looks like in a kaleidoscope at a picture suggested to him by chance.

At the age of 31, he clashed with the narrow-minded personnel requirements of the native totalitarian system. In the midst of the so-called Revival process, when the names of the Bulgarian Turks were forcibly changed, he was telling friends a seemingly harmless joke. Except that a colleague of his at the Sliven-based Puppet Theater, where he worked as an artist, brought what he heard to the Communist party secretary. And he was fired in a flash. Today, Stoyan Yorgov carries in his heart only one memory from that time – of the principled stage set designer Nedelcho Nedelchev from whom he learned that children should never be lied to. When he risked his life to cross the border into the free world, Stoyan Yorgov took only few material possessions from his homeland – among them 56 photographic films. Thus, the passion for photography from his school years, the mystery in the darkroom and the moments of anticipation with the slowly emerging images from the developing film, conquer his existence again. Just one day he decides to go out with an old-fashioned camera in the streets and let life surprise him with faces, movement, peace.

"I shoot a lot in the street, but I'm not exactly a street photographer," says Stoyan Yorgov. “I would rather classify my works as documentary photography. I have been collecting shots for a long time that look uninteresting and at first glance do not contain a story that can be easily recognized. But one day I plan to do an exhibition with them and let the viewers build their own plots. ”

The artist-photographer has been living mainly in Bulgaria for the past two years. He is currently preparing a book of stories that happened to him in Los Angeles, but does not want to reveal more details. And he invariably walks around with a camera in hand. Does his homeland look different, seen through the lens and through emotions, dreams, memories?

"No," he replies succinctly. “Everything is as expected and yet I constantly rediscover everything. Bulgaria is an amazing country both through the lens and through memories. I love my country – that's for sure. And there is no "but". I hope everyone will feel it the same way as I do one day. In fact, I know a lot of people who love our country, and it's great fun when we sit down and start talking about it. Sometimes some people say that it's because I don't live here, but it's not true. " 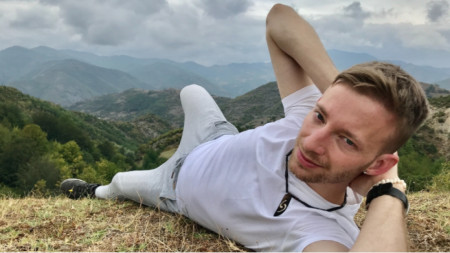 His passion is to travel alone in Bulgaria in search of authentic experiences, because he believes that our country is imbued with spirituality. For 28-year-old Leon de Leeuw, Bulgaria is love at first sight. The young Dutchman first.. 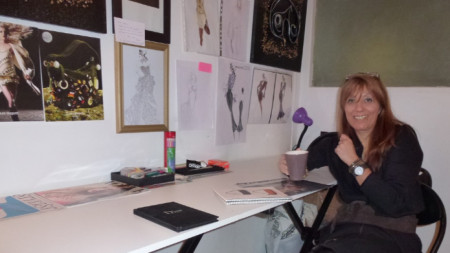 "Taste can be cultivated. Elegance is happiness”- this is how Mylèna Atanassova's path to success in the world of haute couture begins with guidelines for elegance in everything and everywhere. The Bulgarian designer and artist has been dividing.. 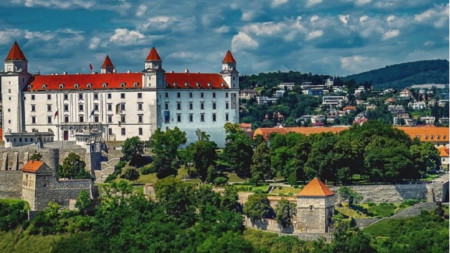 “We, the Bulgarians, are very respected and valued among the people of Slovakia. This is perhaps the only country where I have felt a genuine honour and pride to be Bulgarian,” this is how a young Bulgarian, graduate from the University..