3
Photo: BGNES
On the 70th day of the anti-government protests in Bulgaria, several hundred citizens have blocked Dondukov Blvd. in the capital in front of the former Party House  of the Bulgarian Communist Party, which is being now used as a new parliament building.
Earlier today, mothers of children with disabilities from "The System Is Killing Us" initiative protested in front of parliament, demanding a meeting with lawmakers. They managed to enter the building and block its entrance. After refusing to leave, the protesters say there were treated with violence and were forcibly taken out of the building by National Security Service officers.
The protesting mothers are joined by Maya Manolova, former ombudsman and current leader of Izpravi.se BG platform.
Citizens supporting the protesting mothers began to gather outside, and eggs were thrown at the parliament building.
Protesters are chanting slogans "Resignation", "Mafia" and "Murderers".
Radio Bulgaria News    children with disabilities mothers Parliament protests The System is Killing Us

Bulgaria's Chief State Health Inspector Assoc. Prof. Angel Kunchev has proposed to the Council of Ministers to extend the emergency situation in the country until the end of November. According to Kunchev, this is necessary due to the increased.. 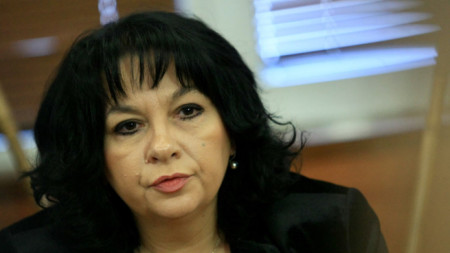 The procedure for selection of strategic investor in the construction of Belene nuclear power plant has reached a phase when five large companies were provided with an information memorandum, Bulgaria’s Minister of Energy Temenuzhka Petkova said during..