Photo: BGNES
Manipulation of the elections and redistribution of portions in power are behind the changes in the Electoral Code, said Bulgaria's President Rumen Radev after attending the festive liturgy on the occasion of Sofia Day. This is the reason why he vetoed the texts adopted in the National Assembly regarding the Electoral Code.
"This is an attempt to preserve the possibility of manipulating the elections, and there are also economic dimensions, because the decision of the MPs means that the financing of the voting machines is rendered meaningless," the head of state commented.
Regarding the forced removal of the mothers of children with disabilities from "The System Is Killing Us" initiative from the parliament building yesterday, he said that the employees of the National Service for Protection acted on the instructions of the National Assembly Speaker Tsveta Karayancheva and that the problem with what happened was not in the service.
"The debate on the state of democracy and the rule of law is taking place in the European Parliament, and the Bulgarian government keeps denying the existence of the problem," Radev said, again demanding the resignation of the Bulgarian government and the chief prosecutor.
Radio Bulgaria News    Bulgarian President Electoral Code European Parliament resignation rule of law Rumen Radev ITN to present its candidate ministers

“There is Such a People" party will present its draft cabinet to the leaders of BSP, "Democratic Bulgaria" and "Stand up. BG! We are Coming!". In a letter to media, Toshko Yordanov, chairman of the ITN parliamentary group, said he.. Bulgaria is at the beginning of fourth coronavirus wave

This country is at the beginning of a fourth wave of the coronavirus pandemic. At the moment, it is not developing at a fast pace, chief health inspector Assoc. Prof. Angel Kunchev has told Nova TV. The number of infected people per.. 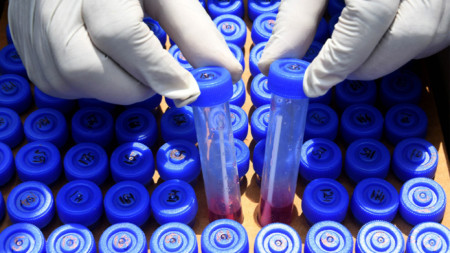 There have been 94 new coronavirus cases in Bulgaria for a day . 1.4% of 6,691 tests returned positive result , according to the Single Coronavirus Information Portal. Data from the past day of the week are not fully..