At the usual time of 7pm an anti-government protest started in Sofia in front of the buildings of the presidential administration, parliament and government for the 75th evening in a row.

Protesters who call for the resignations of the prime minister and the prosecutor general, as well as for the dissolution of parliament are gathering as part of their preparations for the so-called third "Great People's Uprising" planned for September 22. The day is an official holiday and Day of Bulgaria’s Independence.

Leaders of the protest, who call themselves "Poison Trio", have called on their supporters to arm themselves with eggs and tomatoes, as they would go to a place they have never been before, BNR reported. 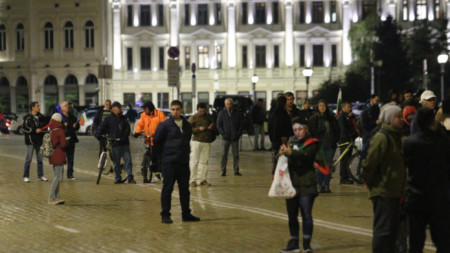 The strategic partnership between Bulgaria and the United States has been a topic of discussion between Bulgarian Minister of Foreign Affairs Ekaterina Zaharieva and Assistant Secretary for Political-Military Affairs Clark e Cooper , who is..