Mara Noninska vilified for her participation in the first Bulgarian film

On May 16, 1910, a horse-drawn carriage with a crew dressed like circus artists set off from the Modern Theater in Sofia. The phaeton stopped in front of the house of the respected merchant Dimitar Sasselov on Slavyanska Street. There, on the pavement and in front of the crowd, the handle of a movie camera turned to pave the way for the Bulgarian cinema.

Although screenings of French dramas, comedies and movie reviews were already taking place in Sofia’s Modern Theater, the patriarchal society condemned the new art as "shameful". That is why Vasil Gendov, who dared to fulfill his seemingly impossible dream to shoot his film, faced a series of impediments, including the difficulty to find a leading actress for his film.

"Fortunately, at the end of April I met the director of the Modern Theater - Hungarian-born Otay Aladar who was a great friend of Bulgaria” – Gendov once said in a recording from the Bulgarian National Radio’s Golden Archives. - "Okay, I will give you 400 Leva. A movie camera and a cameraman will be at your disposal as well. You will be also provided with the necessary materials, positive and negative films." So far so good, but I was not able to make the film on my own without the participation of other artists.

The plot of the first Bulgarian film "Bulgaran is a Gallant" required a brave, liberated and emancipated woman to play the role of a lady who had decided to take the last penny of an intruder. But was there an actress who would dare to disgrace herself in such a role? Luckily, Gendov, who was making his first steps in film directing back then, met with celebrated actress Adriana Budevska who recommended him Mara Noninska - a young and attractive actress from Theater Plovdiv. "She has a refined appearance, a spirited face, a confident look, a beautiful smile and is an incredibly pleasant interlocutor," Vasil Gendov later said about her.

Born in 1883 in Borovan, Mara demonstrated her artistic skills in the village community center when she was still a child. Later, as a teacher, she played "Nora" from Henrik Ibsen’s “A Doll’s House” in her hometown and traveled around the area with her amateur troupe. Later, with the assistance of actress Roza Popova, with whom she studied at a high school in Veliko Tarnovo, she managed to join the troupe of Theater Plovdiv.

"For the other roles, I found performers among the people who worked at the" Modern Theater " - Vasil Gendov went on to say. "However, Mara Noninska paid dearly for her bold decision." The filming continued on Lege Street, where rubbernecks called Mara Noninska "shameless", "scarecrow", etc. However, she behaved bravely, even when an irate man pushed the crowd away, pulled her hat and told her: "Why didn't you tell me that my wife's hat, which I rented to you, would be used for such filthy acts?"

The shooting of the film continued for 20 days, and its premiere was delayed by five whole years. However, the main character did not attend the film premiere, perhaps taking into account peoples’ accusations that she was discrediting the theatrical society. Due to the troubles surrounding the film, Mara Noniska was forced to leave the Plovdiv troupe and after a competition she was employed at the Ivan Vazov National Theater. In 1919, she departed to Rome, where she studied for two years. She passed away 12 days before her 43rd birthday in the prime of her talent.

Mara Noninska remained in the history of Bulgarian cinema as an actress who dared to break the spiritual limitations and prejudices that prevailed in the Bulgarian society in the early 20th century. An award for debut female role in cinema was established in her name. 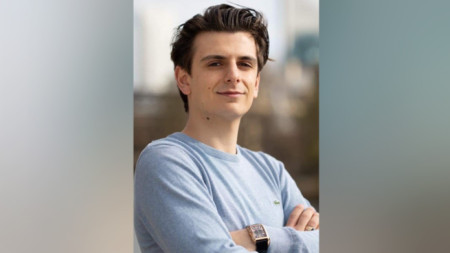 Political analyst Nedelcho Mihaylov: There is a chance for a minority government with a floating majority

This year's election was marred by the gravity of the situation - the looming threat of a global recession, high inflation, military conflict on our doorstep... In these critical times, instead of looking for ways to solve Bulgaria's problems,.. Atanas has lived in Great Britain for 20 years and admits that he has not voted for a long time, not because he does not care about the destiny of his motherland, but because he feels there is no point voting. Atanas Chikov, immigration advisor and.. 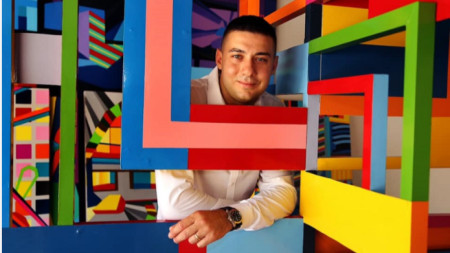 Atanas has lived in Great Britain for 20 years and admits that he has not voted for a long time, not because he does not care about the destiny of his..

Political analyst Nedelcho Mihaylov: There is a chance for a minority government with a floating majority

This year's election was marred by the gravity of the situation - the looming threat of a global recession, high inflation, military conflict on our..