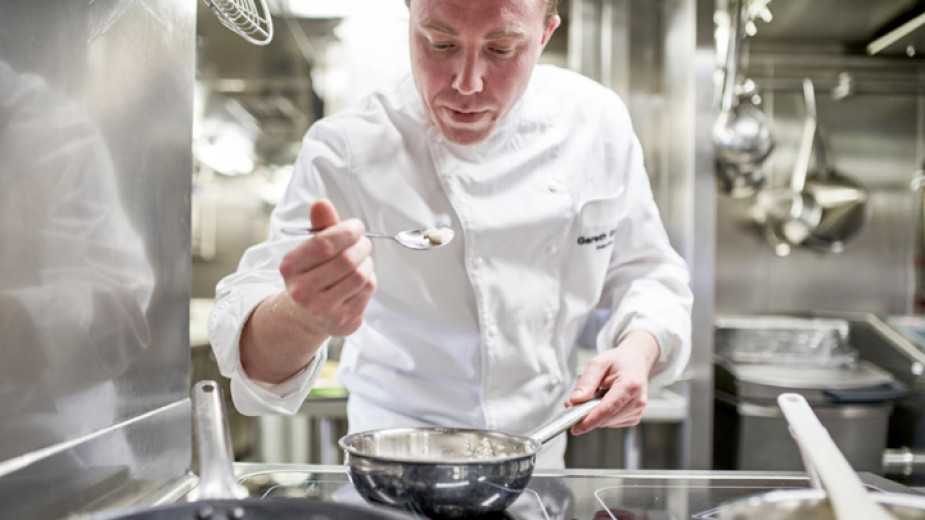 He is a Brit who has previously lived in Spain. For years he was circling the globe as a chef onboard cruise ships. Yet the coronavirus pandemic forced him to permanently “set anchor” and he did that nowhere else but at the Bulgarian Black Sea coast. And so for the second year now, Gareth Lee Gradwell has been living in Bulgaria’s port city Varna together with his Bulgarian partner and their 5-year-old daughter. He admits that he puts a great deal of effort in studying Bulgarian with the aim of opening his road seaside restaurant this summer and start practicing there his much-loved profession. What can a British chef do in Bulgaria during a pandemic?

Well, obviously it would be cooking and sharing local recipes and experiences online! It is no surprise that Gareth has named his YouTube channel “A Taste of Bulgaria”

He likes the fact that it is totally the tradition in Bulgaria to grow one’s own fruits and vegetables and then put them in jars for the winter as compotes, chutney, etc. “You can see in cities how people grow tomatoes in the green plots between apartment buildings – this fills my soul with joy!”, Gareth say.

And asked if he is a fan of Bulgarian cuisine, he responds without a shadow of a doubt: “Definitely yes!” and he particularly likes the fact that there are many dishes with meat.

About his favourite Bulgarian delicacy he says the following:

“I’m a little bit boring on this one, but I would say I like the grill and the fact that you are constantly grilling different kinds of meat. But if we are going for a traditional dish, I would definitely say “kapama”. Since I’ve got Austrian roots, I like sour cabbage. And in kapama it’s mixed with meat and then cooked for 3 or 4 hours and the meat is very soft and tender and you’ve got the slightly sour flavor from the cabbage”.

Gareth believes that Bulgaria is one of Europe’s most underrated countries. He says people know virtually nothing about it. Most Brits associate it only with Bansko and the opportunities for ski, as well as the indiscriminate drinking of alcohol in the Sunny Beach resort. And this is a country of immense wealth, he claims.”You have the seaside, the mountains, the forests. Not to mention your history! I had no idea before I came here that Bulgaria was the oldest state in Europe,” Gareth says ardently.

And an inevitable question comes – what makes the strongest impression on him here?

I like that this is a country which values its traditions highly. It is very pleasant to see how young people play the traditional chain dances, how they observe the holidays in the folk calendar. For example, on Epiphany, every year they take part in the ceremony of taking the holy cross out of the water. Bulgarians are a proud nation, and this is something I respect, he says.

Yet there are things in Bulgaria that are disturbing him:

“The roads here are quite bad in comparison to Western Europe, with all the holes and lack of markings, and also sometimes the drivers are quite bad. It can be quite difficult to drive sometimes. It is the biggest issue that I have. At first it was difficult, coming from England where we are taught always to be polite. Ithe beginning we were saying “thank you” and “please” too many times.”

People here seem to be more brusque, but then you realize it is not an act of arrogance but a way of communication, he explains.

And asked what the flavour of Bulgaria according to a Brit, Gareth says:

“For me the real taste of Bulgaria is the taste of …freedom”.

Whatever this phrase means, one thing is certain – Garet likes his life in Bulgaria – his peaceful haven after years of cruising seas and oceans. And it is namely here that the British chef is planning to stay in the future!

Watch Gareth’s most viewed video on YouTube: “Bulgaria could be the most underrated country in Europe”. 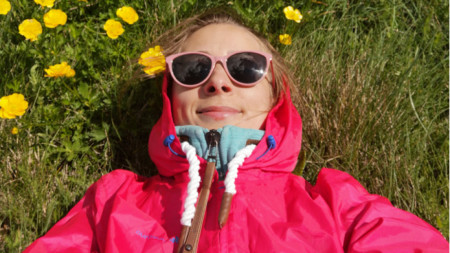 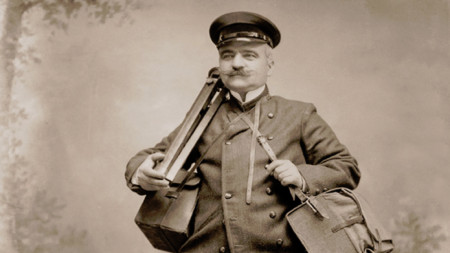