Yova Yordanova is among the few people who were fortunate to discover something new, make changes to established rules and contribute to the development of human knowledge and experience. She developed a method of violin teaching- the first major innovation described in a system almost five centuries ago. The discovery brought her worldwide recognition. She received many invitations for pedagogical forums and seminars. Yova Yordanova is extremely happy to see the results of her work in the success of a number of modern violinists. Today, Yova Yordanova celebrates her birth anniversary in Moscow:

“I graduated from the National Music Academy “Professor Pancho Vladigerov”. I studied in the classes of Professor Elena Geneva, to whom I am extremely grateful”, said Yova Yordanova in an interview for Radio Bulgaria. Later, I specialized at the National Music Academy and at the Kyiv Conservatory (Petro Tchaikovsky National Music Academy of Ukraine) in the classes of the famous violinist Olga Parkhomenko, a student of the great musician David Oistrakh. I lectured at theTunisian National Conservatory of Music (Université de Tunis Institut Supérieur de Musique de Tunis) for four years. I gave many concerts as a soloist in chamber in symphony orchestras in this country. I performed Tchaikovsky’s violin concerto and later the famous composer Salah El Mahdi asked me to participate at the creation of the first Arab Rhapsody for Violin and Symphony Orchestra. My return to Bulgaria is associated with the work on the methodological aspects of my system of violin teaching, which differed in many aspects from the already established rules.What is more important – when I was training my son, I discovered how to overcome the grasp reflex, which has been considered insurmountable since 1740.”

Experts note that over the years, many attempts have been made to solve this problem, but Yova Yordanova is the first pedagogue to develop a comprehensive and coherent system that solves the problem in the early childhood studies. Yova Yordanova has lived in Moscow for more than three decades. She is happy that she taught many renowned musicians at the Moscow State Tchaikovsky Conservatory and the Central Music School of the Moscow State Tchaikovsky Conservatory. People lecturing at universities in Moscow, Europe, Asia and America are among Yova Yordanova’s students. Yova Yordanova continues to receive invitations to attend seminars and master classes around the world. In the past twelve months she has conducted distance learning with classes from several Polish and Swedish towns and participated at several conferences.

“When people know how to develop their creative activity, they do not feel tired”, – contends the renowned music pedagogue. –I know that I received a lot of support and opportunities that helped me along the way. I am very grateful to my colleagues from the special schools in Bulgaria who invited me to give master classes. I am grateful that I was able to achieve my goals.” Regardless of the extraordinary circumstances in which the programme of the Sofia Music Weeks festival had to be prepared, it will be, as usual, varied and impressive. The forthcoming 52 nd edition of this prestigious international festival.. 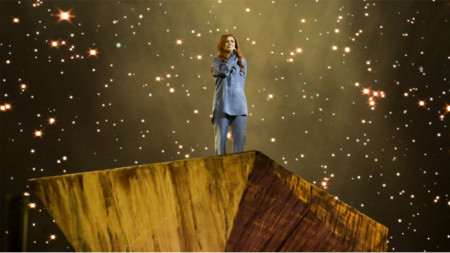 ABBA's "Waterloo" is the favourite song of Europeans among all those who have participated in the 65-year-long history of the Eurovision Song Contest. This is shown by the results of the voting in the "Eurovision Top 50" ranking, which ended..

In memory of Boris Christoff

Boris Christoff is without doubt one of the foremost opera singers in world history. To this day his performances – Boris in Modest Mussorgsky’s Boris Godunov, Philip II in Verdi’s Don Carlos, Mephistopheles in Faust, and many others are..