Bulgarian authorities: We will react to each hostile action towards Bulgaria Bulgaria will be uncompromising in the face of a threat to its national security, said outgoing Prime Minister Boyko Borissov. "Fortunately, the Russian Federation has a very serious ambassador to Bulgaria. Our trade with them is growing and it is wonderful! We have given them the opportunity to pass gas through our gas pipes, in return for transit fees. But I have told them learly: "You will not spy in Bulgaria"! And there we are uncompromising. Long before the Czechs, long before others we have worked. The partner services know how long we have been working!", Borissov said.

We have no interest in severing diplomatic relations with Russia. After an analysis, the Ministry of Foreign Affairs will issue a decision on the ongoing investigation into a possible Russian intervention in the explosions in Bulgarian weapons warehouses, said Bulgaria's outgoing Foreign Minister Ekaterina Zaharieva. She told Nova TV that there is a reaction every time there is hostile action on the territory of Bulgaria.

"There is no way anyone can go to blow up a warehouse or attempt murder simply because they have decided to. I cannot know if Putin said yes, but this cannot happen without the knowledge of higher-ranking officials," the minister explained.
Zaharieva's statement has been made on April 29, when Russian Ambassador to Bulgaria Eleonora Mitrofanova has been summoned to the Bulgarian Foreign Ministry for talks.
Radio Bulgaria News    Bulgaria diplomatic relations Ekaterina Zaharieva Eleonora Mitrofanova explosions Russia warehouses

"We should start discussing changes in the National Framework Agreement of the National Health Insurance Fund and the healthcare model , aimed at removing the restrictions in financing the clinical pathways", said this country‘ s caretaker.. 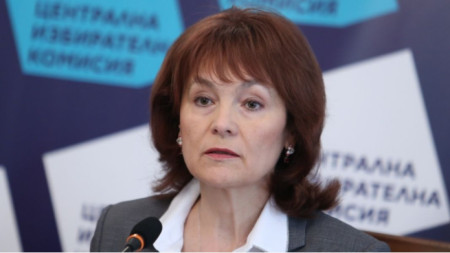 Bulgaria expects delivery of voting machines from Taiwan and the Netherlands

More than 700 polling stations will be equipped with more than one voting machine  for  the early general elections on July 11, Rositsa Mateva, D eputy C hairperson and S pokesperson of the Central Election Commission, said in an.. Bulgaria is to introduce the new eco-stickers for cars on July 12 - one day after the early P arliamentary elections. This will increase the price of the annual road worthiness tests by EUR 5 to 10. The eco sticker will be placed on the.. Turkish driver Ugur Soylu was badly injured in a crash during Rally Sliven, he has cerebral edema and a broken vertebra. His navigator Aras..

There is no way herd immunity can be reached in Bulgaria by autumn: Prof. Vitanov

There is no way 70% of the population of Bulgaria can be vaccinated by autumn, seeing as 20,000 vaccines are being  administered daily,   said Prof...

Minister of Economy in the caretaker government Kiril Petkov stated, in an interview for bTV, that he will approach the prosecutor’s office over dam..