Scandal over pensions during parliamentary sitting One of the last sittings of the newly-formed Bulgarian Parliament started with a scandal on Friday morning. For more than an hour, lawmakers failed to agree on a work agenda for the day. The deputies were dismissed during a break after the MPs from the Bulgarian Socialist Party occupied the rostrum.

Parliamentary Speaker Iva Miteva convened a Council of the Chairpersons. A similar thing happened at the last sitting of the National Assembly. The reason was again the request of the socialists for the update of the pensions to be voted on at the second reading. Iva Miteva refused to include additional items on the agenda.
At the same time, there was a protest in front of the parliament of pensioners who insisted on an update of their pensions.
At the end of the discussion, it was decided that the recalculation of pensions will be left for the next parliament. This was decided after a 45-minute sitting of the council of chairs of committees.
Radio Bulgaria News    Iva Miteva National Assembly Parliament pensioners pensions protest 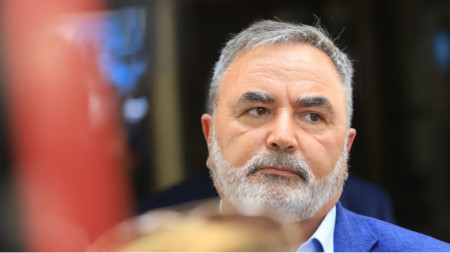 There is no problem for children without any specific diseases to be immunized at their GP or in the vaccination centres, said the state health inspector Assoc. Prof. Dr. Angel Kunchev.  As of June 3, Pfizer /BioNTech is now allowed to be used in..

Information campaign kicks off among Roma minority for vaccination

Bulgaria's Ministry of Health is taking measures to inform the Roma minority about the vaccination against Covid-19, said Deputy Minister Alexander Zlatanov. A meeting was held at the ministry with health mediators in Roma neighbourhoods.  The bottom.. The issue of starting EU accession talks for North Macedonia and Albania is being discussed at the EU's General Affairs Council in Luxembourg, which began on 22 June. According to an informed source, no change is expected in Bulgaria's position regarding..