Parliament pays tribute to Holocaust victims with a minute of silence

The Bulgarian National Assembly paid tribute to the memory of the Holocaust victims with declarations and one minute of silence.  International Holocaust Remembrance Day, 27 January, is connected with the liberation of the Auschwitz-Birkenau.. 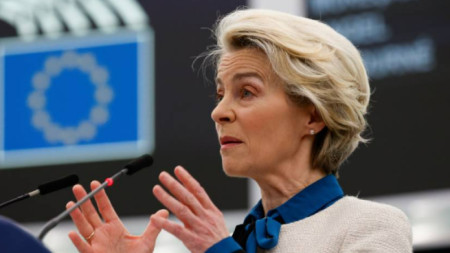 In a letter to European leaders, the President of the European Commission Ursula von der Leyen states that the Bulgarian-Turkish border should be a priority in strengthening the EU’s key external borders through targeted measures which are open to.. In the past 24 hours Russia has fired 70 missiles against Ukraine , with Ukrainian air defence downing 47 of them, but there are casualties. The Russian forces have also carried out 44 air attacks, 18 of them using Iranian drones. Russia has dealt..