In the heart of the summer Bulgarian capital Varna one can see one of the most influential buildings in the city – the Cathedral of the Dormition of the Theotokos. It is the first large church in Bulgaria built after the Liberation (1878), before the Patriarchal Cathedral of St. Alexander Nevsky in Sofia. The majestic prayer cathedral, which has become one of the symbols of the city, is among the highlights of tourist routes here.

The construction of the cathedral began immediately after the laying of the foundation stone by Prince Alexander I Battenberg on August 22, 1880, preceded by a solemn prayer. Its name "Dormition of the Holy Theotokos" is in memory of the All-Russian Empress Maria Alexandrovna – Bulgarian benefactress and aunt of the prince. The Odessa architect Maas designed the project on the basis of the Cathedral of Saints Peter and Paul in Petergof, Russia. For its construction, which lasted six years, preserved stones from the destroyed fortress wall of Varna were used, as well as materials from the vicinity of Varna.

The first divine Holy Liturgy in the cathedral was served on August 30, 1886, but its interior decoration continued in the following years. At the end of January 1890. the church board decided not to spend extra money on a bell tower, but rather to raise the dome, "so that the bell could be heard in the city of Varna." It was to be 100 pounds heavy, with the inscription "In honor of the Liberator."

Now, 140 years later, the imposing cathedral needs restoration. Varna residents and local construction companies, with the support of the Bulgarian National Radio, have launched a National Donation Campaign to raise funds to refresh the facade. The stone with which the cathedral was built is sandy limestone, which has been collecting dust and deposits for decades, including aggressive fumes from cars. After cleaning, it will be sealed with a coating to protect it for at least the next 20 years.

Anyone wishing to join the campaign for the restoration of the cathedral can do so:

- via donation SMS with Latin text DMS KATEDRALA sent to number 17 777 (for Telenor, VIVACOM and A1 subscribers worth BGN 1, for users of prepaid services 1 SMS is BGN 1.20 with VAT, for subscription donations the value is BGN 2 or 5 per month.)

CATHEDRAL OF THE DORMITION OF THE THEOTOKOS 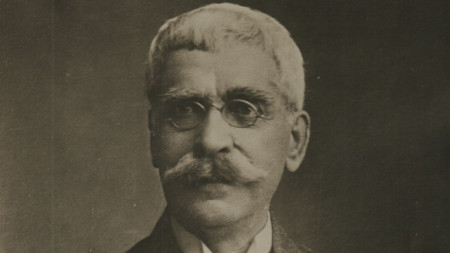