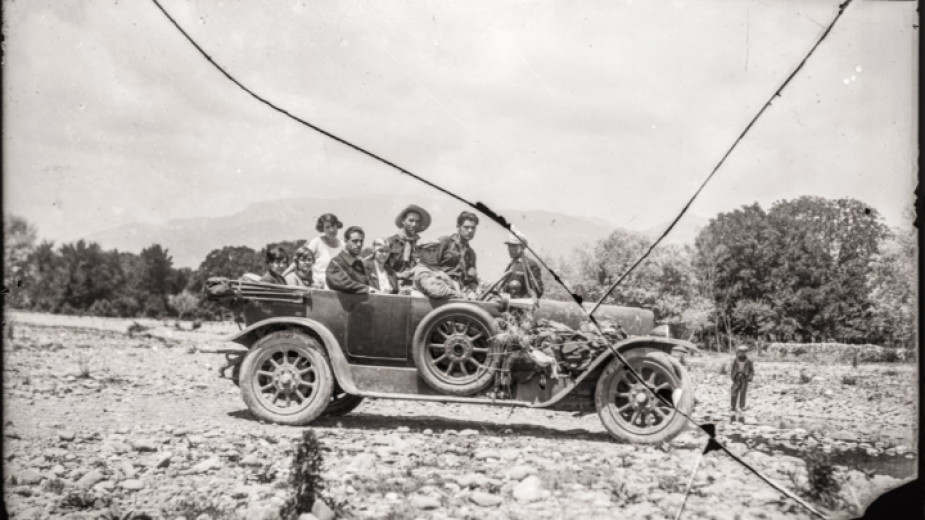 It doesn't take a time machine to immerse ourselves in someone's past world. Just like the world of Antip Obushtarov - the photographer, whose glass plates reveal images, events and landscapes from a century ago.

The glass photographic plates of Antip Obushtarov showing life in the Bulgarian village of Shipka in the period 1906 to 1931 were kept for 75 years under the stairs of his home house. In the middle of the 90s his relatives handed them over for storage in Chirpanlieva House – one of the few preserved buildings from the Bulgarian National Revival in the village and home to a valuable ethnographic collection. At the beginning of 2021 a benefactor reviewed the collection and gave new life to the photos. "Antip was practically a rural photographer,” says photographer Alexander Ivanov, who took on the responsible task of presenting Obushtarov’s work in the best and most honest way.

Antip was born in 1888, taking the name of his little brother, whose life lasted just a few days. From an early age he showed artistic talent in music, carpentry and was also attracted by inventions. He started dealing with photography at the beginning of the new century and specialized for 9 months in Vienna. In the Second Balkan War and the First World War, he became a military photographer as seen by the cards he handed out to soldiers in order for them to write to their beloved ones. In the most tragic moment of his life he photographed the dead bodies of his mother, sister and brother-in-law, killed in a purge after the biggest terrorist act in Bulgarian history - the bomb attack on St. Nedelya Church in April 1925. His photographs show Bulgaria of the past and one of the most exciting shots shows barefoot children going to school.

"The historical period is very interesting because poverty and affluence, war and peace, happiness and despair were going hand in hand," the photographer says. “These barefoot children later became people who brought Bulgaria up after the catastrophe of 1939 - before that the standard of living was comparable to that of any European country. At that time people had great spirit, they had ideals they pursued and achieved. Their faces cause admiration. These were very pure people - they grew up close to nature and communicated with each other in a different way than today’s.”

Along with the skills of the photographer, time has also had the role of a creator. It has acted through moisture and light, selectively changing the reality shown in the shots, contributing to the unreal atmosphere.

"It seem as if the processes of destruction were guided by someone," Alexander Ivanov says. “For example, in a photo of a mother and child, almost nothing is left of the image of the mother but that of the child remains intact. We can see a mass event in which everyone in the group has been erased but the images of two people in the center stand out untouched by time.” A day before the Assumption of Mary /August 15/ the wonderful world of Antip Obushtarov was resurrected thanks to the retrospective exhibition "100 years ago" in the Museum of Photography and Contemporary Visual Arts in Kazanlak. On the occasion of its 160th anniversary, Svetlina Community Center in the town of Shipka also hopes to show the photos. The preparation of an album is underway.