Bulgaria became a new home for Ukrainian Natalia Ellis five years ago. She arrives from the seaside city of Odessa to the picturesque village of Markovo near Bulgaria’s second-biggest city Plovdiv with her husband, a dog, three cats and 50,000 cacti. Today, she already has 100,000 cacti, 8 cats and 2 dogs. What brought her to Bulgaria?

"My husband is Bulgarian and we used to come a couple of times a year to visit his mother who lives here. I really liked Bulgaria from the first time. I was immediately impressed by the caring attitude of Bulgarians towards the elderly. Secondly, the people here are calmer, friendlier and in general the atmosphere in the country is softer, not so stressful. Third - the climate. Besides, I am a skier, and there are three mountain resorts nearby! I love the seaside - here the beaches are cleaner and the service is unobtrusive. And what an amazing cuisine, what amazing spices you have! So when, after 20 years of living together, my husband said, "We're moving," I just asked, "When?"

In Bulgaria, Natalia adapted quite easily - she quickly learned Bulgarian and turned her passion for cacti into a business. For three years her company has been operating on the international market, offering seeds and plants. According to her, the conditions for starting a business in Bulgaria are more favourable, and taxes are lower." Natalia fell in love with cacti when she was 20 years old. Today she is already an active promoter of knowledge about these plants, and her "prickly kingdom" in Markovo is probably the most numerous in Bulgaria.

Almost immediately after her relocation, Natalia Ellis became involved in the public life of Markovo and the nearby city of Plovdiv. Together with the local Agricultural Institute, she is one of the main organizers of the volunteer teams for cleaning and turning of the Botanical Garden into a green oasis. The first stage of the project has been completed - the garden, which had turned into a garbage bin where people did not even dare to pass, has already been cleared of weeds, dried bushes and trees and a fence has been installed:

"I want to thank the people of Plovdiv. If you only knew how many volunteers got involved in this initiative. There was so much rubbish, building materials, syringes… And after we put up the fence, the police told us that the number of crimes had dropped to a minimum,” Natalia explains. Natalia plans to donate part of her collection to Plovdiv’s Botanical where there will also be a special children's playground. "Here the children will get acquainted with the process of growing plants, they will learn to care for and protect nature, and maybe in 20 years we will raise a new, socially responsible generation," says Natalia. And here is Natalia’s big dream - to return the plant species destroyed by man to the wild.

"There are plants that have survived only in private collections," says Natalia. “It is a huge task and responsibility for us as collectors to keep them in their pure form, so that on the day when society realizes what it has done and our grandchildren or great-grandchildren start working to return them to nature, we will have a sufficient supply of seeds." 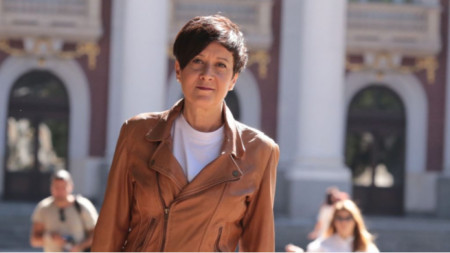 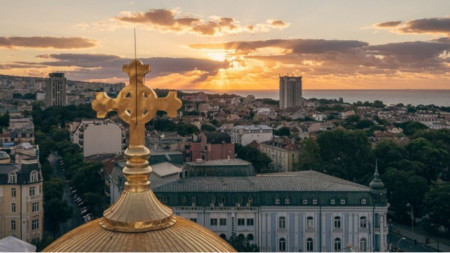