Negotiations for forming a government between the political parties "We continue the change", BSP, "There is such a people" and "Democratic Bulgaria" will continue today. The draft of the coalition agreement is expected to be ready by the evening, and the cabinet itself to become a fact next week, the nominee for prime minister from the party that won the elections, Kiril Petkov, told bTV.

Each of the four parties is expected to have its own ministers in the new cabinet, as well as a deputy prime minister.
"We continue the change" has proposed that the current caretaker Interior Minister Boyko Rashkov should keep his post, and Asen Vassilev should become Finance Minister and Deputy Prime Minister.
Listen to the daily news from Bulgaria presented in "Bulgaria Today" podcast, available in Spotify.
Radio Bulgaria News    cabinet coalition agreement negotiations regular cabinet This year’s summer tourist season will be better than 2021: Dimitrina Goranova

This year's summer tourist season in Bulgaria will be better than 2021. However, it will not meet the expectations from the beginning of the year, because of the war in Ukraine, the President of the Association of Bulgarian Tour Operators and Travel.. 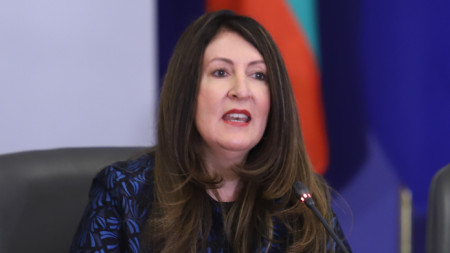 Herro Mustafa: The USA and Bulgaria will continue to work towards diversifying gas supply sources

The United States and  Bulgaria will continue to work towards finding medium and long-term solutions to diversify gas supply sources, US Ambassador to Bulgaria, Herro Mustafa, said for Nova TV. In her words, during Premier Kiril Petkov’s recent visit.. Eight scientists received the Pythagoras Prize of the Bulgarian Ministry of Education and Science in the 14th edition of the competition for..