Bulgarian singer Todor Kozhuharov: The folk song is a universe and will always enchant us 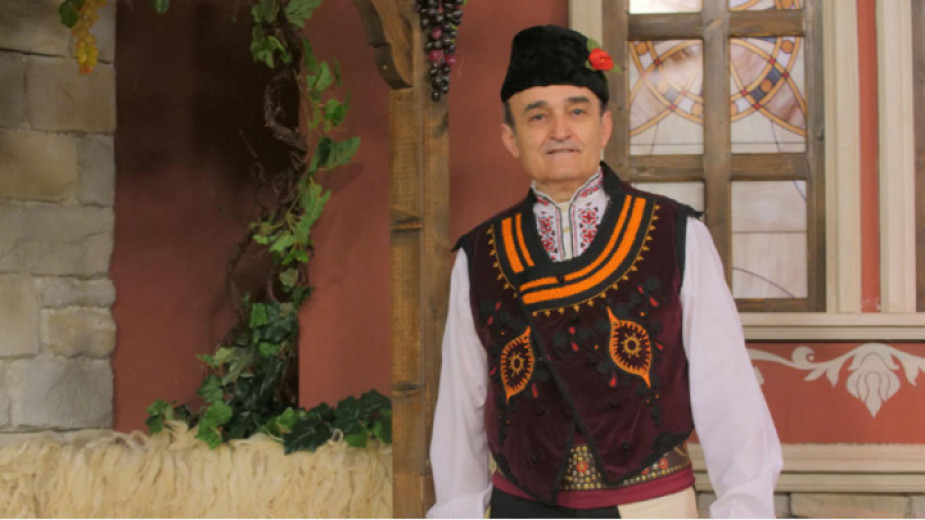 With "The Magic of the Song", as he titled his repertoire book, renowned Bulgarian folk singer Todor Kozhuharov marks his 50th artistic anniversary. A velvety voice, exquisitely mastered ornaments, inspiration and signature performance style have made him one of the singing emblems of Bulgaria’s Thrace folklore region.

The idyllic environment of his native village of Mustrak (Svilengrad region) where he grew up among folk songs, dances and traditions gave the impetus for his professional dedication to music. As a schoolboy, Todor Kozhuharov annually participated in the traditional festival "Colourful Thrace sings and dances" and was invariably awarded a gold medal. Memorable are also his solo performances at the countless Thracian long weddings and concerts across the country accompanied by the famous orchestras "Thrace", "Orpheus", "Yambol", "Avligite", "Dimitrovgrad", and others before he came up with the idea of setting up his own orchestra. He founded it in 1989 under the name "Southern Rhythms", together with his wife - the singer Donka Kozhuharova.

Todor Kozhuharov has won numerous awards at local and international competitions: two first prizes at the Stambolovo Competitions (1985 and 1986), the singing competition in Varna - 1996, a gold medal at the World Music Olympiad in Los Angeles, USA In1998 and others. Todor Kozhuharov has recorded over 200 traditional Thracian songs for the archives of the Bulgarian National Radio. He has released 5 albums of varied repertoire. Many Bulgarians learned his songs thanks to the annual "With the Songs of Todor Kozhuharov" competitions held in Haskovo. He has given concerts in Europe, Asia and America.

Todor Kozhuharov recently celebrated his 65th birthday and half a century on stage.

"I've been singing ever since I was in kindergarten," says the famous singer. “I remember when I was put on a small chair and sang the song “Zlato mome”. I also participated in the dance groups of my home village of Mustrak, Svilengrad region. The amateur groups there were very well developed. We had two dance ensembles, I participated in both. I also have a good memory from a concert in Radnevo with the Konushenska Group, I had just made my first recordings for BNR-Plovdiv, then for BNR-Sofia. I also participated in the programs of the Concert Directorate”.

On the eve of the Christmas holidays, the singer shares with Radio Bulgaria memories of his participation in the groups of the carol singers (koledari):

"In the village of Mustrak we had very good koledari groups. I was about 11 years old when a neighbour of mine invited me to participate as a "cat". The "cat" has a special role in the ritual of koleduvane in our region. My task was to cry out after every carol song and to meow to suggest what the owners should give us: “Meow, sausage! Meow, round bun!” Then they would make me sing them a nice Thracian song.”

"On the eve of the Christmas and New Year holidays I wish the listeners of Radio Bulgaria above all health and well-being. May the Bulgarian spirit always be in our hearts and souls, as it is now. In my meetings with the audience, I see how the Bulgarian songs enchant the listeners. It is a universe and will enchant us forever”, Todor Kozhuharov says in his festive wish.