Greece will build a second gas terminal in Alexandroupolis Authorities in Greece have authorized the construction of a second floating LNG storage and regasification terminal in the region of Thrace, TASS reported, citing the director of the company Gastrade, Kostis Sifnaios. With the permission, the company will be able to build a second LNG terminal next to the first one, the construction of which was opened on May 3 in Alexandroupolis in the presence of the Prime Ministers of Greece, Bulgaria and North Macedonia.

According to Sifnaios, Alexandroupolis will be the entry point for liquefied natural gas, and Bulgaria will be the connecting link through which supplies to Serbia and Romania can pass. With the second regasification terminal, the gas will be able to reach Moldova and Ukraine.

Ukraine calls on Albania not to accept Russian ships

In a video address to the Albanian parliament, Ukrainian President Volodymyr Zelensky called on Albania to close its ports to Russian ships and impose restrictions on Russian tourists. Zelensky also called for the complete exclusion of Russian banks from the global financial system. The Ukrainian president expressed his gratitude to Albania for its cooperation and support within the UN.

Tirana condemned Russia's invasion of Ukraine and expressed solidarity with the Ukrainian people. Albania has also backed the imposition of EU sanctions on Russia.

Turkey plans to draw Syrian refugees back to northern Syria Erdogan is facing growing public anger over the presence of refugees and fears it will affect next year's presidential and parliamentary elections, AFP reported. He therefore said he would work with international and local organizations to return them.

The video was broadcast to hundreds of people in Idlib, northwestern Syria, at a ceremony to hand over the keys to houses Turkey has already built for the repatriates. During a visit to Vukovar, Croatian President Zoran Milanović said he would veto an invitation for Finland and Sweden to join NATO until the election law in Bosnia and Herzegovina is changed, HINA news agency reported.

"If Cyprus can veto EU sanctions against Belarusian President Alexander Lukashenko until the gas problem with Turkey is resolved, why should Croatia not do so," Milanović asked.

The Croatian parliament must not ratify anyone's accession to NATO until the election law in Bosnia and Herzegovina is changed so that Croats have the right to vote, the president said, adding that Finland was no more important to him than Croatia.

Romania will start manufacturing US missiles Romanian companies Romarm and Electromecanica and US-based Raytheon Missiles & Defense have signed a memorandum on the production of SkyCeptor interceptor missiles in Ploiesti, Agerpres reported.

"Romania will be the first country to be able to use the latest version of the US Patriot air and missile defense system, manufactured by Raytheon Missiles & Defens," Romanian Economy Minister Florin Spătaru said at the signing ceremony.

Defense Minister Vasile Dîncu said he wanted such events to be "multiplied a hundredfold" so that Romania would not only sign contracts to buy weapons, but it would also introduce new technologies and "utilize Romania's intelligence and infrastructure in the defense industry". 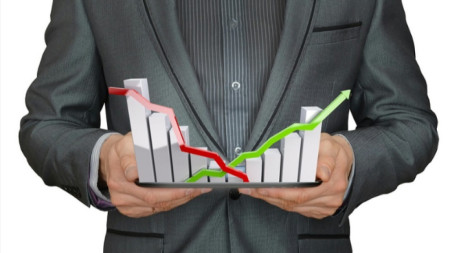 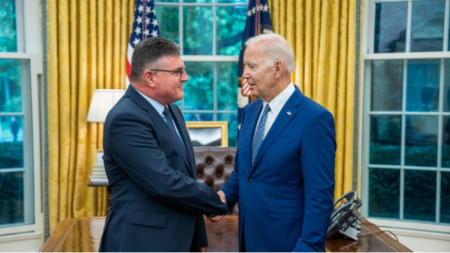 On Friday, immediately after the candidate for prime minister of "We Continue the Change" Asen Vassilev received his mandate to form a government by the..