The holy brothers Cyril and Methodius were canonized as saints by the Bulgarian Orthodox Church for the translation into Church-Slavonic and popularization of the liturgical Old Slavonic books, and for the spread of Christianity among the Slavs.

Declared heavenly co-patrons of Europe by Pope John Paul II, the equal-to-the-apostles Cyril and Methodius performed a cultural feat in the 9th century, destroying the myth of the only three sacred languages allowed to preach the New Testament (Latin, Greek and Hebrew). With their translations they pave the way to Christian education - not only for the Slavs, but also for all medieval peoples.

After the enlightenment mission in Great Moravia and Pannonia, the crown of their work was their arrival in Rome in 868. Pope Adrian II personally welcomed the Thessaloniki-born brothers. "He could not wait any longer, but taking with him all the priests and the prelates there, he went out to meet the saints…”, their student St. Kliment Ohridski wrote, describing the event.

Researchers explain the success of the two brothers with the personality of St. Cyril, who bore the secular name Constantine the Philosopher. With his erudition, he dispelled doubts that translations of the holy books could give rise to heresy. A fortunate circumstance was the fact that the brothers brought and donated to the Vatican the relics of St. Clement, who was one of the first popes of Rome and a disciple of the apostles Peter and Paul.

Pope Adrian II consecrated and blessed the Slavic alphabet and translations in the Roman church of Santa Maria Maggiore. Solemn services were held in the Slavic language. By papal order, Archbishops Gauderic and Formosa ordained St. Methodius as archbishop and his disciples as priests and deacons. Later, in 866, Formosa was sent to Bulgaria as the head of the Bulgarian church introduced by Prince Boris.

After the death of St. Cyril in Rome, where he was buried, Archbishop Methodius returned to Moravia and Bohemia. There, despite the obstacles created by the Frankish clergy, he preached, baptized and translated until the end of his days in 885. Because of their work, the holy brothers Cyril and Methodius are invariably depicted on the icons as writers and educators, holding a scroll with the Glagolitic alphabet they created. Today, their name continues to be a spiritual bridge between Eastern and Western Christian traditions, as well as a symbol of the cultural unity in Europe. 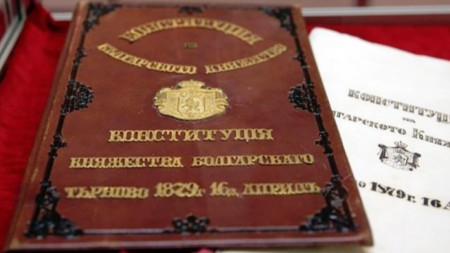 The Calliope House is one of the must-see stops for everyone wishing to learn details about the history of the city of Ruse located on the Danube River, dubbed the Little Vienna. The emblematic Calliope House, which was built back in..