The mosaics of ancient Philippopolis

Plovdiv or Philippopolis, as it was called in antiquity, is one of the oldest permanently inhabited cities in Europe.

Founded by Philip II (father of Alexander the Great), the city quickly became one of the most beautiful settlements in all of Thrace, as evidenced not only by ancient authors, but also the numerous architectural traces left by its inhabitants.

To this day, archaeologists keep coming across fragments of the decorations of ancient buildings and their mosaics - the stone carpets of antiquity. Displayed to the visitors in an attractive way, they contribute to the fact that Plovdiv is still one of the most beautiful cities in Bulgaria and Europe.

Let's enjoy the elegance of the old Mosaics from the Christian basilicas of Philippopolis (present-day Plovdiv): Vazov’s Trail is a suitable summer route for all lovers of the mountains and breathtaking views. It is located about 50 km from Sofia in the Iskar Gorge. The trail leads to the Skaklya waterfall - one of the most.. A walk in the Sea Garden in Burgas

The Sea Garden in Burgas is a favourite place for recreation and entertainment for the residents and guests of the coastal city and a national monument of landscape architecture, established in the beginning of the 20 th century... 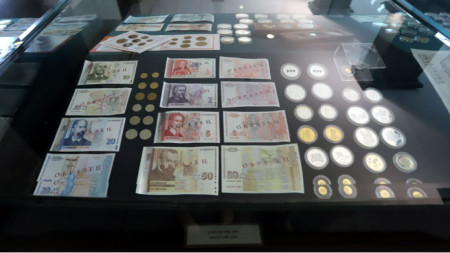 The Bulgarian National Bank (BNB) celebrated 142 years since the creation of the Bulgarian lev with an Open Day. Visitors had the opportunity to visit the Governing Council Hall, where some of the most important decisions in the..